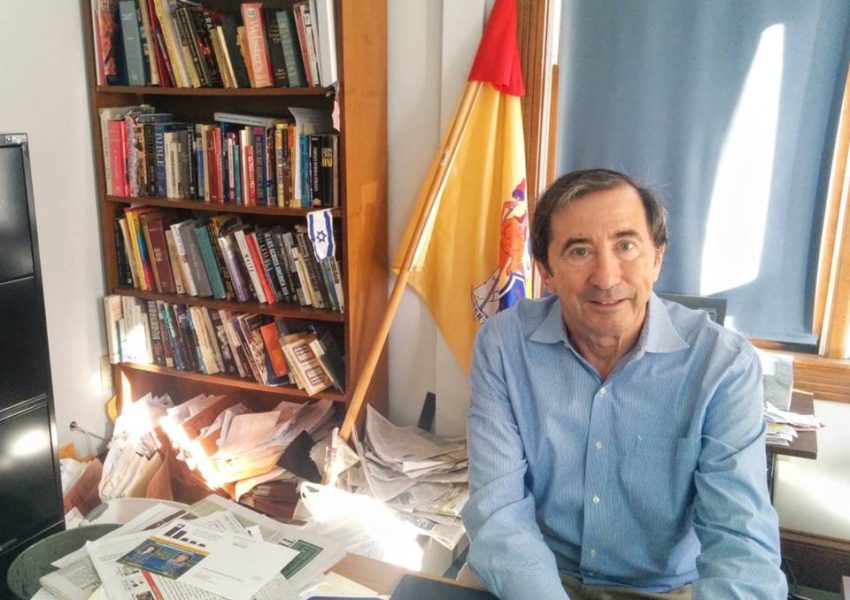 LINWOOD, N.J. — Nothing in the 2nd Congressional District is turning out quite like Republican leaders would’ve liked.

“Bigotry has no place in society — let alone the U.S. House of Representatives,” the NRCC Chairman Steve Stivers of Ohio declared in a statement. “The NRCC withdraws our support of Seth Grossman and calls on him to reconsider his candidacy. The people of New Jersey’s 2nd District deserve an inclusive Republican candidate who will be a trusted conservative voice in Congress.”

But Grossman was unlikely to ever get much national GOP help in the first place.

His Democrat opponent Jeff Van Drew is considered an early favorite for the seat left open by the retiring Frank LoBiondo. There are other races — including NJ-11, up north — which will assume a higher priority as money and staffing decisions are made.

Grossman issued a lengthy retort to the RNC on Tuesday all the same.

“These silly attacks are simply bizarre to both friend and foe who have known me for decades here in Atlantic County. I’ve been an outspoken opponent of racism and anti-Semitism for decades — everyone knows that.  But what is just crazy is how the National Republican Party is freaking out over sharing a post from Allen West, a retired Black Army Commander.”

“In 2014, the same Media Matters falsely attacking me, led the call to protest our police officers, leading to many of their deaths. Republican leaders in Washington, and career politicians like Jeff Van Drew, should apply the same standards to those whose false and hateful generalizations helped cause the deaths of 126 police officers in 2016.”

“Republicans have to stop worrying about offending people and start telling the truth about some of the problems we have in this country. President Trump won because he recognized what 17 other Republican candidates and the NRCC chair didn’t see – that Americans want straight talk, not weak and timid career politicians afraid to tell the truth.”

Grossman isn’t alone in hitting back. He’s getting full-throated support from Keith Davis, chairman of the Atlantic County GOP organization that backed Grossman’s rival, Hirsh Singh, during the primary phase:

“You can say many things about Seth Grossman, but the man doesn’t have a racist bone in his body,” Davis told Politico. “He made a serious error by linking to this horrendous webpage that he has now disavowed. I take him at his word.”

Each of New Jersey’s Southern counties, at least those nominally controlled by the GOP, faces county and local contests this year; the top of the ticket going down in flames is a dangerous proposition in an era of ill fortune for Republicans in all 21 New Jersey counties.