ROONEY: Not everyone who says something stupid is an evil bigot 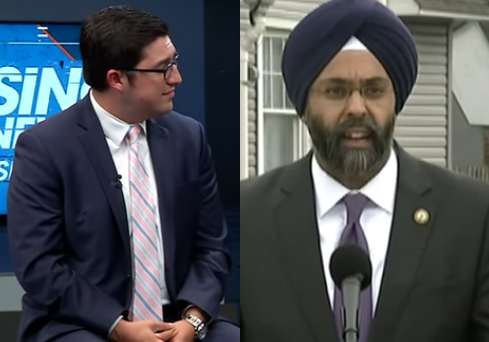 TRENTON, N.J. — There isn’t anyone out there defending Dennis Malloy’s stupid joke about N.J. Attorney General Gurbir Grewal’s Sikh turban, Save Jerseyans, which got Malloy and his NJ 101.5 co-host Judi Franco suspended for several days.

But is the bigger problem here really the occasional stupid joke, or attempt at a joke which fails miserably, from someone who’s never shown any other sign of bigotry?

Or is the real problem our elected leaders’ brazen willingness to politicize critics’ missteps and minor mistakes to score political points?

Save Jersey‘s Matt Rooney was back on the Chasing News A+ panel this Wednesday to discuss exactly that.

“You’ll be offended by a lot less in life if you stop assuming that everybody who makes a mistake, or says something stupid, harbors some sort of hateful intent,” said Rooney in an energetic exchange with co-panelist and fellow attorney Afia Yunus moderated by host Bill Spadea.