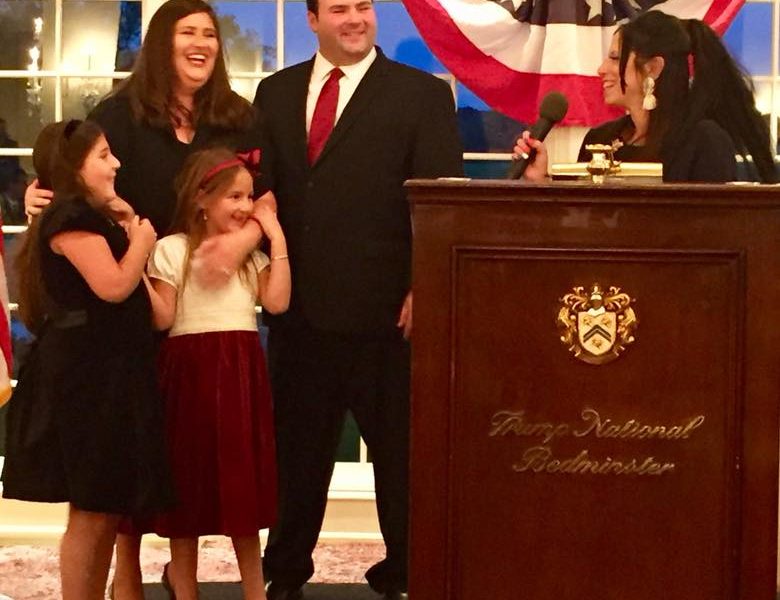 A full ballroom at the President’s ‘summer White House’ heard from Commissioner Steven Rogers from Nutley, NJ State GOP Chairman Doug Steinhardt, and a small army of other local GOP leaders and personalities.