POLL: Only 4% give Murphy an “A” for his handling of NJ Transit 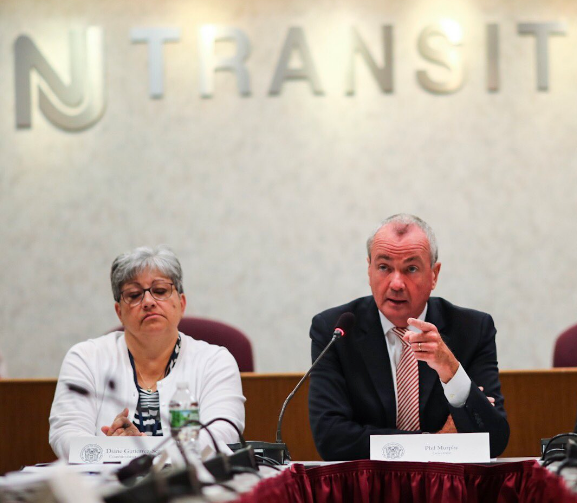 In the new Quinnipiac poll results released Wednesday, Phil Murphy’s approval rating (54%) is pretty consistent with Chris Christie’s 51% rating at this point in Murphy’s predecessor’s young governorship. Both men’s respective disapproval ratings at the same point are similar, too, hanging in the tolerable mid-30% range.

Murphy’s handling of the NJ Transit mess (and transportation generally) is another story altogether.

A rash of delays, cancellations, and closed lines have angered commuters on both sides of the partisan divide this summer.

On the transportation front, an anticipated increase in New Jersey’s recently hiked gas tax this fall — compounded by stubbornly high gasoline prices overall — may prove an additional challenge for the Democrat governor who openly embraced the October 2016 law which catalyzes automatic hikes to meet revenue targets.