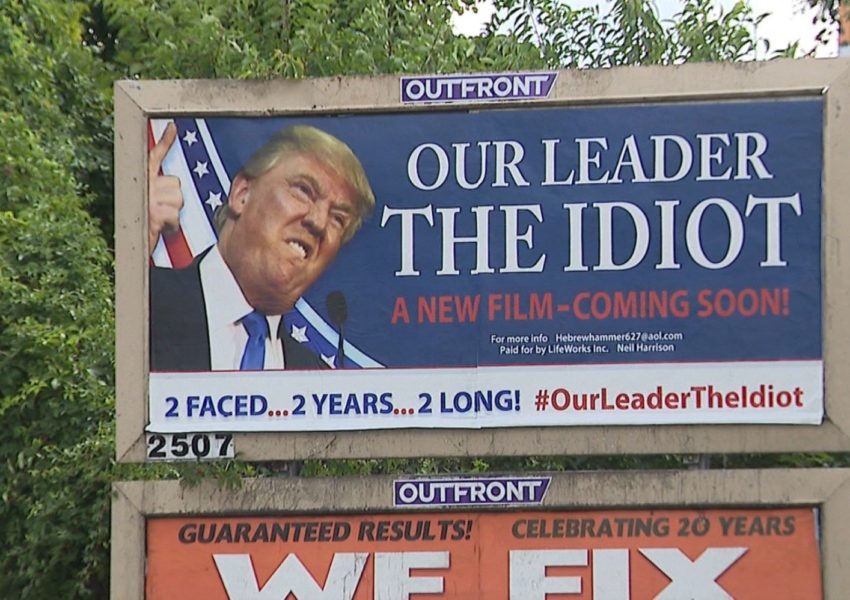 UNION TOWNSHIP, N.J. — Even the commute is getting hyper-partisan is one of North Jersey’s inner-ring NYC suburban outposts.

The billboard (see below) is reportedly financed by an activist from the Bronx, New York as part of a documentary project.

As of this writing, a Facebook post by Union Township’s government disclaiming responsibility for the privately-orchestrated billboard had received 443 comments, many of them angry:

Union Township is heavily Democratic, but it is split between the  7th and 10th Congressional Districts.

NJ-07 is a key House battleground this year, where incumbent Leonard Lance, a Republican and frequent Trump critic, is fighting to hold off former Obama Administration official Tom Malinowksi.

Union is also a short 30 minute hop away from President Trump’s Bedminster golf course where he regularly spends summer weekends and some holidays.