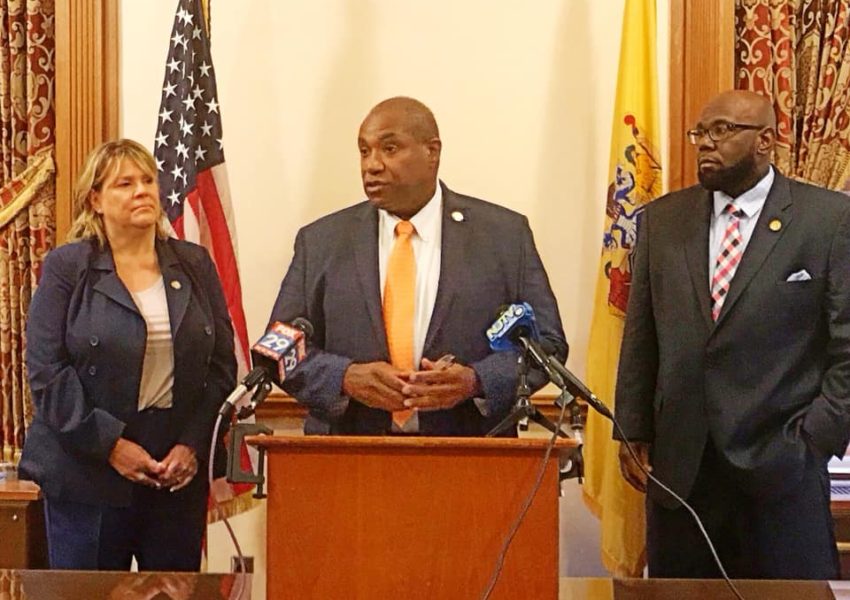 “I was pleased to join my 7th District colleagues: Assemblyman Dr. Herb Conaway and Assemblywoman Carol Murphy, at our press conference today to discuss our bill (A3926/S2835) to require annual depression screenings for students in grades 7-12 to combat the rise in teen depression and suicide,” explained state Senator Troy Singleton (D-7) on Facebook. “Depression is the most common mental health condition among teens in our country. This is not just a mental health issue but a public health concern. Proud to stand with my colleagues as we move this initiative forward.”

Singleton is known for his ‘out-of-the-box’ legislative proposals including a resoundingly-criticized attempt to criminalize ‘rape by fraud‘ (when someone convinces someone else to have sex with them by lying about their income, job, etc).

Students can be exempted, but only “upon the written request of his parent or guardian.” The presumption of participation rules otherwise, and the notice requirements are left to be decided upon later, after passage.

What constitutes concerning behavior? That’s also TBD. Government screeners will search for “a suspected deviation from the recommended standard” established by state bureaucrats from the departments of health and education.

The proposal is sure to be controversial; compulsory mental health screenings were a hallmark of the former Soviet Union during its heyday.

Save Jersey‘s Matt Rooney was quick to point out some apparent Democrat hypocrisy implicit in the proposal:

Worth noting: the same Democrat Party that wants to compel mental health screenings for 17-year-olds UNLESS their parents opt out is also 100% fine with that same 17-year old getting an abortion without parental consent. #HeadScratcher https://t.co/9pEn2FQUXx

New Jersey has had one of the country’s lowest teen suicide rates (defined in the state’s report broadly, including everything ages 10-24) notwithstanding a rash of alleged suicides which have garnered mainstream media attention over the last twelve months.