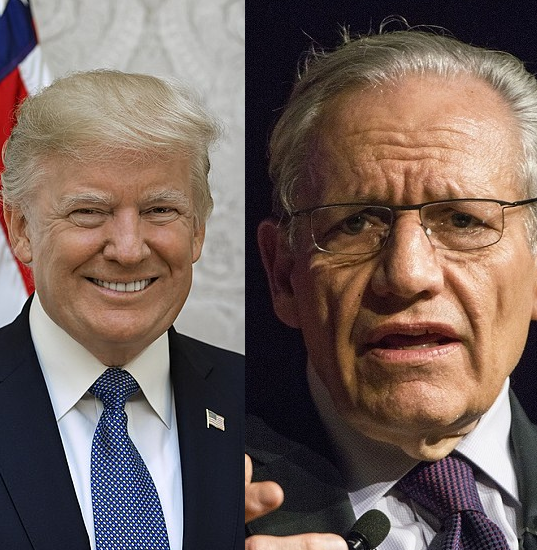 Listen to this phone call closely:

When you’re finished listening, think about this:

1) If Bob Woodward was able to call President Trump and get through to him on the phone and chat with him directly like this (and you’re listening to it as it happened), why didn’t Woodward simply call the president directly right from the start? Why did he go through all those underlings? After all, Woodward’s been a reporter in D.C. for more than 40 years.

2) Listen to Trump as he asks Woodward if he called “Madeline in my office.” And Woodward answers “No.” And Trump describes Madeline as “the key.” So, again — Woodward (the man who cracked the mystery of Watergate, the ultimate Washington reporter) didn’t know to call Madeline — couldn’t find “the key”? Do you really believe this C’mon!

3) During the call, Trump enunciates a whole slew of actual facts that detail his list of accomplishments, including stellar economic accomplishments all delivered in record time. But Woodward seems unimpressed and when Trump is finished, Woodward simply responds dryly: “I understand that point of view.”  Point of view? What? 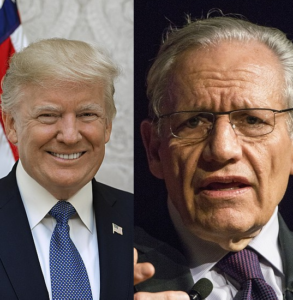 4) Then, Woodward quickly pivots from the above exchange and says we’re living in a difficult time “where the political system and you and my business are being tested and I take it very seriously . . . ” This is obviously a veiled shot at the president and sounds like Woodward subtly licking his wounds over alleged attacks on the press.

5) At some point, Woodward says he likes to talk to people “outside of their offices.” Was he really expecting to talk to the President of the United States one-on-one outside of a formal setting such as the president’s office? Apparently, Woodward has a very high opinion of himself.

6) And also, Woodward keeps going back to all the arduous work he did on the book — the hundreds and hundreds of hours and all the people he talked to and all the information he collected. Hey, Woodward is in the business of writing and selling books for a big time publisher and he has a whole staff working for him. This is nothing more than a big commercial for the book and an opening defensive salvo combined with a phony mea culpa.

7) Listen to the part where President Trump asks Woodward if he names all his sources as he quotes them in the book. Trump wants to know if Woodward names names, but Woodward demurs and never really answers the question.

8) Reportedly, the book quotes people as calling President Trump “stupid” or “crazy”. Listen to the president during the phone call. Is he asking dumb questions? Does he sound stupid to you — or crazy?

9) What other presidents would allow a reporter to call him one-on-one like this and agree to the reporter taping the call? Trump again comes across as remarkably open and candid.

10) Bottom line: Woodward apparently found it very convenient to talk to President Trump after the fact — after he had already written a book that reportedly trashes the president and his administration. This phone call from Woodward is simply a cover-your-ass call so that Woodward can say: “Ya see. Look how hard I worked and how hard I tried. I really, really, really tried and I’m just so, so, SO sorry I couldn’t get Trump’s side of the story into my book. Ohhhh, how I wished it would have happened.”