Webber Camp: Biden visit proves Sherrill is “decidedly out of touch” with NJ-11 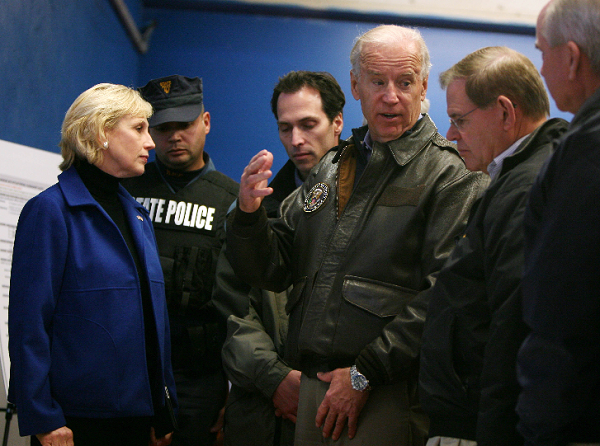 At around 2:30 p.m., the pair will join Governor Phil Murphy and some other socialists at Montclair State University, an institution of ‘higher learning’ that’s subsidized by our state’s taxpayers, as part of Sherrill’s larger effort to flip the 11th district held by retiring Republican Congressman Rodney Frelinghuysen.

The campaign of Republican nominee Jay Webber says Biden’s visit speaks volumes about Sherrill and her inability to relate to NJ-11 voters.

“Mikie Sherrill has made a seamless transition into the role of professional politician, beholden to Democrat Party bosses like Nancy Pelosi and Joe Biden,” said Webber spokesperson Ronica Cleary. “Make no mistake, you will continue to see Democrat party elites campaigning for Mikie up until Election Day, because they are fighting to send someone to Congress who will support their liberal platform that includes trillions of dollars in new taxes, and that is weak on Syria, Iran, and Israel. With no voting record or proof to back the promises she makes, we must look to the company Mikie keeps, and that company is decidedly out of touch with New Jersey’s 11th Congressional District.”

“North Jersey needs to send an independent leader to Congress. Jay Webber has a long, proven track record of working with, and standing up to, Republicans and Democrats alike to do what’s best for his constituents.  That’s why he’s the right fit for this district,” added Cleary.

The Obama-Biden ticket lost NJ-11 in 2008 and again in 2012, but President Trump carried the district over Hillary Clinton by just a point in 2016, and recent polling shows Sherrill leading Webber albeit inside the margin of error.