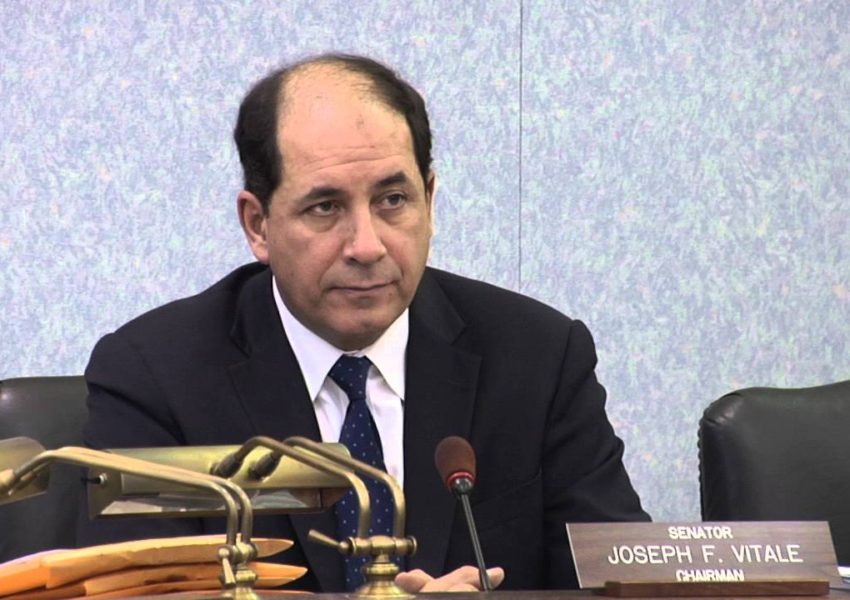 All New Jersey legislators take a solemn oath to support the Constitution of the United States, Save Jerseyans. That may surprise you! Given how they behave.

On Monday, the veteran state legislator stood on the State House steps and declared that he ‘believed’ the alleged victims of U.S. Supreme Court nominee Brett Kavanaugh, a conclusion transparently born of partisan fervor given (1) the jarring dearth of facts currently in evidence and (2) considering the hearing isn’t even scheduled to take place until Thursday.

Vitale isn’t bothered by those trifles.

“A woman has accused a man of sexual assault and supporters of that man have criticized her and tried to reduce her to nothing,” said Vitale.

But that’s not true, of course. All those of us who haven’t lost our minds are demanding is some BASIC proof (such as a witness who says something, anything) to corroborate the claims of either Professor Ford or Deborah Ramirez before a man’s life is destroyed and an important process derailed, but we’ve yet to see or hear any such evidence. We don’t know anything at this point other than the fact that Judge Kavanaugh, buoyed by a small army of positive character witnesses from those same periods of his life, denied it all.

And yet Democrats, hell-bent on preventing another conservative justice from ascending to the High Court before the midterm elections, are declaring against the accused BEFORE the de facto trial.

Not surprising but no less disappointing for it. Senator Vitale has forgotten (or no longer cares) that the U.S. Constitution which he is supposed to be supporting includes, by way of the 5th and 14th Amendment, a right to due process under the law; part of that process is the presumption of innocence until proven guilty. It’s something you’d hope a legislator passing judgment on a judicial nomination would understand and respect.

If New Jerseyans are sincerely interested in a better level of discourse?

They should consider electing a better class of legislator. Specifically: ones who take their oaths of office much more seriously.