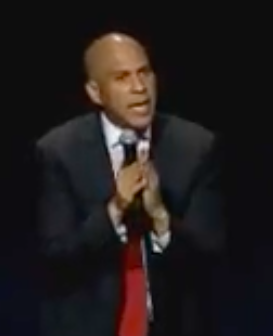 There were A LOT of losers in the aftermath of the Kavanaugh confirmation imbroglio.

And it’s taken us awhile to catalog them.

What we show here is by no means a complete list. But it does demonstrate the length and breadth of the Roll of Dishonor emanating from this disgraceful, messy, destructive battle.

Here then, in no particular order, some of the more vocal and imbecilic characters on the liberals’ ship of fools: 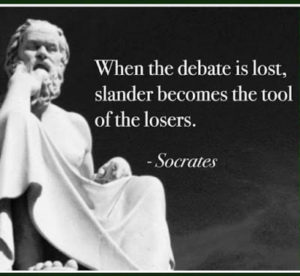 Chuck Schumer – The Wretched Ringmaster of the Sleazy Swamp Circus. Well, he said he would go to any length, didn’t he? Didn’t he? But, even for him . . .

Chris (The Wilmington Weasel) Coons – Always remember — in the end, it’s often the “nice guys” who do the most damage. Beware!

Ronan Farrow – Both Farrow and The New Yorker hit a new low. This was a Big Disaster for the son of Woody or Frankie or . . . whoever. But for The New Yorker it was just another cheap shot in a long line of ’em from a rag that is way, way past its glory days.

Cory (The Groper) Booker – Hysterical, shamelessly theatrical and reckless — even for the seat-of-the-pants Senator from Twitter.

Dianne Feinstein – The original Wicked Witch of the West. Nah, she didn’t leak the letter. And neither did anyone on her staff, right? “We didn’t leak it, right? Right?”

Debra Katz – Ever notice that we’ve never seen her and Rachel Maddow together in the same room?

John Paul Stevens – The brittle, bow-tied, nonagenarian former Supreme Court Justice didn’t hesitate to kick a guy (Kavanaugh) when he was down. Reprehensible!

Phil Murphy – Trenton’s Toothy Tactless Titan of Taxation loves to take shots at others but when the going gets tough for him he scurries off to the Umbrian hills.

Sheldon (Outhouse) Whitehouse – The small-minded meddler from the tiniest state.

Camela (Umbrella) Harris – She rains down so much BS and bile, you need two umbrellas and thigh-high boots whoever she open her mouth.

And, finally, The Clintons – They lose whenever even a whiff of sexual misconduct fills the air.

But, in truth, our democratic republican form of government, due process and the rule of law, civil discourse, responsible journalism, and women who have legitimate sexual assault claims all were damaged during this sorry spectacle. And that is truly sad.