The Katie Brennan Testimony Takeaway: Phil Murphy is either oblivious or a liar. Or both? 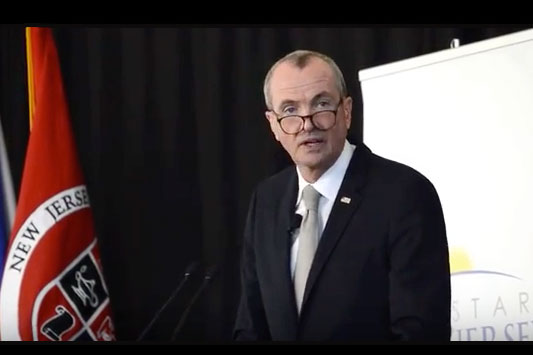 Katie Brennan’s Tuesday testimony before a legislative committee didn’t add anything seismic or game-changing to the Alvarez scandal timeline, Save Jerseyans, but the well-spoken, credible young woman testified flawlessly and undoubtedly sent chills through the ranks of Governor Murphy’s inner circle. She made it “real,” didn’t she?

Phil Murphy is either (1) completely out to lunch concerning what’s going on in his administration, a proposition supported by his inability to handle something as simple as a minor snow storm, or (2) a callous liar who paid lip service to an alleged rape victim.

Which is it? Because it needs to be one or the other (or both) at this point in light of the as-of-yet undisputed body of facts which at this point have been cited by multiple news publications…

April 8, 2017: The day on which Brennan says she was sexually assaulted by Al Alvarez, then serving as director of Muslim and Latino outreach for Phil Murphy’s gubernatorial campaign.

April 9, 2017: Brennan goes to the police the next day (unlike some other recent, high-profile MeToo figures like Justice Kavanaugh’s accuser).

March 2018: Both Avarez and Brennan are now working in the administration. Brennan reportedly tells Murphy’s chief counsel Matt Platkin about the alleged sexual assault; the matter is referred to the Chief Ethics Officer of the Governor’s Office and to the Attorney General’s Office.

April 2018: Approximately one year after the alleged assault, Platkin tells Alvarez’s supervisor SDA Chief Executive Charlie McKennan that Alvarez should “separate himself” from the administration.

June 1, 2018: But Alvarez doesn’t go, nor is he fired, despite the fact that EVERYONE of importance seems to know at this point. Brennan directly emails Phil Murphy and his wife, Tammy, after getting the Governor’s email from Democrat operative and television commentator Julie Roginsky. The subject line read “Sensitive Matter-Meeting Request.”

“Reluctantly, I am coming to you today to discuss something that happened during the campaign. If possible, I would like to meet with either of you one on one for this sensitive matter,” Brennan explained. “Thank you for your consideration.”

“We know you well,” the Governor said, copying his administrative assistants. “Adding our respective teams to get on with scheduling something. Hang in. We are on it. If we prove not to be fast enough don’t hesitate to come back to Tammy or me directly. Many thanks. Phil and Tammy M.”

But Phil and Tammy didn’t do anything.

Brennan did hear from Jonathan Berkon, former campaign counsel, about eight days later. Who told him? We don’t know. Yet. But he said Alvarez would be leaving, soon.

Of course, Alvarez didn’t quit (!) until October (!!!), when The Wall Street Journal blew the whistle on the situation.

The company line is that Murphy was “unaware of the substance” of the allegations until October when Alvarez resigned.

Really? Then why did Berkon call Brennan so soon after the e-mail to Murphy?

Let’s back up for a second: it simply defies common sense to assert that Murphy never learned about the assault BEFORE October 2, 2018 when, on June 1, 2018 (four months beforehand), he responded to Brennan with the aforementioned, concerned-sounding personal e-mail asserting to Katie Brennan that he was “on it.” On what? Why would he say THAT unless he knew “what”?

And if he did not know what, why didn’t he ask? Or did he? It’s an odd email to get from a relatively prominent presence on the campaign, transition, and then in government. She wasn’t an anonymous non-entity. Any normal human being would be curious and want to follow up.

Something stinks here, folks, and that’s before we even get into the parallel inquiry as to WHY the prosecutor’s office didn’t think enough of the allegations to move forward with formal charge (Brennan informed the WSJ that an assistant Hudson County prosecutor — Jane Weiner — told her that a rape examination conducted at Jersey City Medical Center two days after the alleged assault produced both saliva and DNA evidence).

“I had access to people in the highest positions of power in the state of New Jersey and each time, my pleas for help went unanswered,” said Brennan during her testimony.

All of these powerful, progressive, “MeToo”-boosting men sat on their hands (at the very least).

I just don’t see, given what we now know, HOW this saga can end with Governor Murphy looking good. Not if there’s any justice left in this universe.