Surprise! The N.J. congressman doing the most for women is a male Republican. 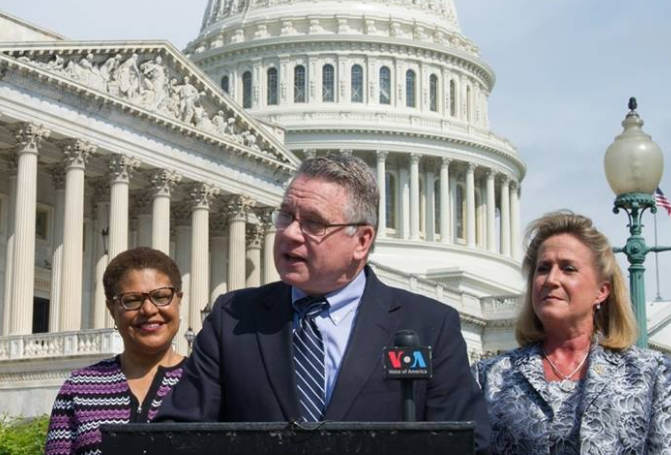 What makes someone “pro-woman” or anti-woman, exactly?

Don’t ask me, Save Jerseyans. I’m not a high priest of the church of political correctness who’s well-versed in the Democrat Party’s identity politics.

“My Frederick Douglass law authorizes over $430 million over 4 years to prevent human trafficking, protect victims, and beef up prosecution of those involved in this nefarious trade both at home and abroad,” Smith said in a statement. The Frederick Douglass Act is Smith’s fifth (!) anti-human trafficking bill to be signed into law. This latest legislation includes funding for the “International Megan’s Law” which provides country-to-country capability notification to protect children from traveling pedophiles who may seek to travel for the purposes of sex trafficking of children and other forms of child sexual exploitation; 3,442 convicted pedophiles have been denied entry to a country since the bill was enacted back in February 2016.

“In the fight to end modern day slavery, my law honors the extraordinary legacy of one of the greatest Americans who ever lived,” Smith said of Frederick Douglass, the famous ex-slave who went on to lend his considerable intellectual and oratory might to the abolition movement. “A gifted orator, author, editor, statesman (and Republican), he died in 1895.”

He’s not exaggerating about the scope of the present problem which might shock even a former slave like Frederick Douglass were he alive to witness it. Experts estimate that 20 to 30 million trafficked slaves exist in world today, 80% of which are women. It’s a legitimate pandemic, and it’s impacting both the “first” and developed worlds.

If your definition of being “pro-women” is limited to using public funds to shore-up abortionists?

Then the unapologetically pro-life Smith, a Catholic, isn’t your man notwithstanding his well-established reputation as an international humanitarian leader with a host of similar bills to his name going back to the 1980s when he first entered the House of Representatives.

Any other definition of “pro-women” finds Smith without an equal in the current N.J. congressional coalition (of which he is now the only Republican member).