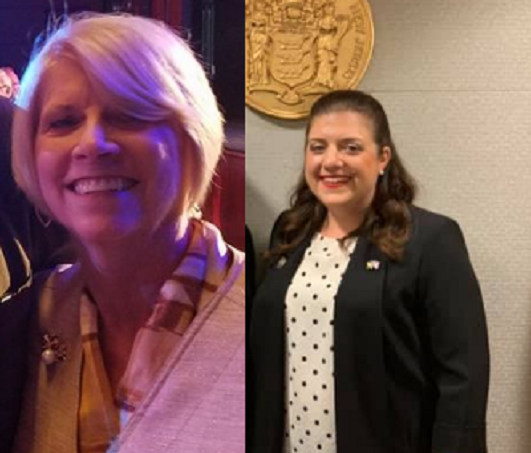 TOMS RIVER, N.J. — Liberals like to say “the future is female,” but at the Jersey Shore this year that future has already arrived.

Republican Amy Gatto of Hamilton Township was unanimously elected to serve as the Atlantic County Freeholder Board’s first-ever female chair on Tuesday. Gatto was recently featured on Save Jersey‘s ‘Right 40 Women to Watch in 2019.’

“With Freeholder Chair Amy Gatto and Vice Chair Maureen Kern being selected by their peers today in a unanimous bipartisan vote, Atlantic County has reached a historic milestone in helping crack the glass ceiling in New Jersey politics,” said Keith Davis, chairman of the Atlantic County Republican Party. “The hurdles against women in running for office and obtaining leadership positions are significant, even though more than half of the electorate is female. Amy Gatto and Maureen Kern persevered and prevailed. It’s a proud day for Atlantic County and our party. But our efforts to encourage and support more women to run for office will never let up until the composition of our boards, councils and commissions is a true reflection of the voters they represent.”

A little further north, Republican Virginia Haines of Toms River (who also serves as the state GOP’s national committeewoman) is the new freeholder director for Ocean County, the first woman to hold the post there in 40 years.