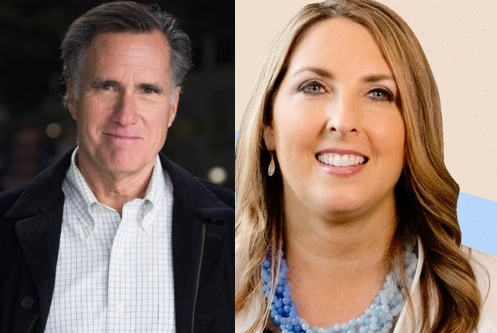 WASHINGTON, D.C. — The Republican Party’s Trump-era divisions don’t appear close to a resolution as a new Congress prepares to be seated on Thursday.

“I look forward to working on these priorities with Senate Majority Leader Mitch McConnell (R-Ky.) and other senators.

Furthermore, I will act as I would with any president, in or out of my party: I will support policies that I believe are in the best interest of the country and my state, and oppose those that are not. I do not intend to comment on every tweet or fault. But I will speak out against significant statements or actions that are divisive, racist, sexist, anti-immigrant, dishonest or destructive to democratic institutions.”

Romney’s anti-Trump sentiments aren’t anything news, but his especially strong rebuke of Trump on the eve of a new Congress drew criticism from many Republicans and conservatives both inside and outside of the Beltway including his own niece:

Policies and appointments are only a part of a presidency. A president must also unite us, inspire us, and defend our vital institutions. https://t.co/jmIw8XbV4k

POTUS is attacked and obstructed by the MSM media and Democrats 24/7. For an incoming Republican freshman senator to attack @realdonaldtrump as their first act feeds into what the Democrats and media want and is disappointing and unproductive. https://t.co/ArhI7Bi7bo

The President weighed in, too, via his favorite platform:

Here we go with Mitt Romney, but so fast! Question will be, is he a Flake? I hope not. Would much prefer that Mitt focus on Border Security and so many other things where he can be helpful. I won big, and he didn’t. He should be happy for all Republicans. Be a TEAM player & WIN!