LD1: It’s looking like an all-Vineland primary for the GOP State Senate nomination 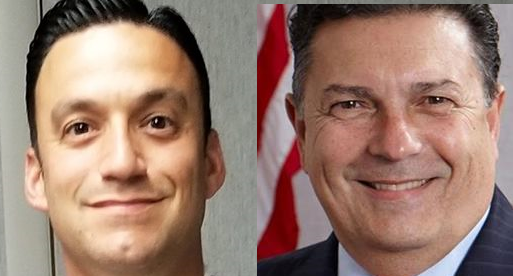 This year? The Republican primary to compete in a November special election for state senate (precipitated by the departure of Jeff Van Drew for Congress) will center on a single community: Vineland.

The legendary Cumberland County Italian farming community is home to both Michael Testa, the county’s GOP Chairman, and Sam Fiocchi, a former freeholder and LD1 assemblyman, both of whom are seeking the party’s LD1 State Senate nomination.

Testa announced back before Thanksgiving. Fiocchi joined the race on Wednesday afternoon.

“Unfortunately, Seth [Grossman] wasn’t successful, and folks continued to encourage me to make an announcement.” Fiocchi explained, citing his unsuccessful bid for the NJ-02 nomination last year. “After careful consideration, many conversations with friends and family and, most recently, listening to Governor Murphy’s State of the State address I have decided now is the time to announce I am running for state Senate in the first legislative district.”

Former Assemblyman Bob Andrzejczak (D-1) is now State Senator after Democrats plugged him into the Van Drew vacancy. Both Van Drew and Andrzejczak hail from Cape May County, the district’s other heavyweight jurisdiction in terms of raw votes.

LD1 is a rare red-leaning district in blue jersey (carried by Trump in 2016 and even Hugin in 2018), making the district’s three legislative seats prime GOP pick up targets in 2019.