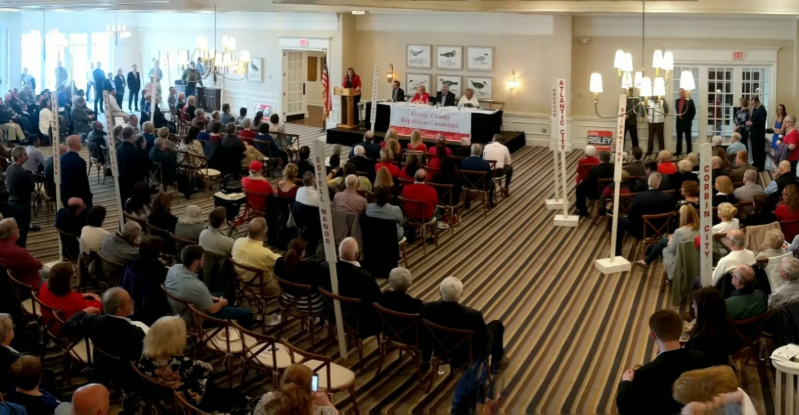 Republicans will field former Brigantine Mayor Phil Guenther and Freeholder John Risley for Assembly in 2nd Legislative District. The freeholder ticket will be led by incumbent Freeholder Director Amy Gatto and rounded out by Rich Dase and Sumon Majumder.

“We, as a team, can pull in the same direction and be a stronger party. I’ll fight for Phil and John,” said Somers Point Councilman Jim Toto, the third candidate for Assembly at Saturday’s convention.

LD2 is considered a top target in the 2019 Assembly elections.

The freeholder board is 6-3 Republican.