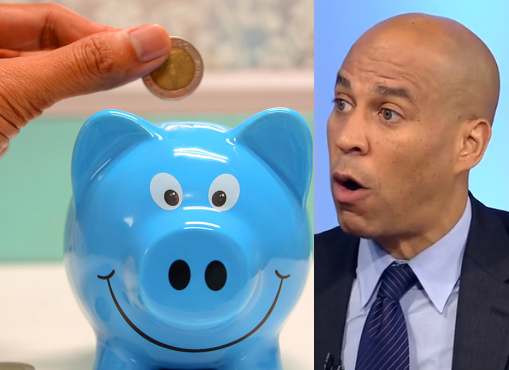 “I am not a socialist,” Booker told MSNBC host Chris Matthews. “I am a Democrat. I believe in fundamental Democratic principles.”

Where does Booker’s run for the nomination stand?

Beto O’Rourke, one of the other Democrat nominees who’s shirked the formal socialist label, raised $6.1 million in the first 24 hours of his Democrat presidential primary campaign’s launch, Save Jerseyans, a hair ahead of avowed socialist Bernie Sanders’s commanding $5.9 million first day haul.

We still don’t know how much Cory Booker raised.

We’ll find out more on April 15th when candidates’ March 31st quarterly filings are due to the Federal Election Commission (FEC).

Booker presently places fifth in the oft-cited Real Clear Politics national polling average. According to the applicable metrics, he’s on track to qualify for a spot on the stage at the first Democrat primary debate later this year.

The N.J. junior senator had no problem raising money for his senate campaigns, often from Silicon Valley and the very un-socialist pharmaceutical industry.