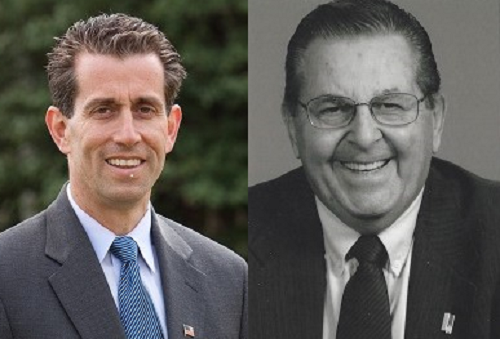 CRANFORD, N.J. – The math just got a lot harder for this year’s LD21 incumbent slate in one of New Jersey’s top targeted Assembly districts.

On Monday, Martin Marks of Cranford and Harris Pappas of Springfield announced that they are running this November on a third party ‘conservative’ slate against the Democrats and Assembly Republican Assembly members Jon Bramnick and Nancy Munoz.

Marks first teased an independent candidacy back in January.

“It is a shame that someone like Jon Bramnick who is viewed as a Republican leader in our state has gone out of his way to attack a sitting Republican President and his supporters,” said Marks. “If he cannot be supportive of a Republican President, Mr. Bramnick should have just kept silent. I wish he would have spent as much time assailing the extraordinarily liberal policies of Governor Murphy as he has going after Donald Trump.  By publicly proclaiming himself a ‘Moderate’, Bramnick is simply thumbing his nose at the Conservative New Jersey voters who make up a sizeable bloc of Republicans in this state. I intend to give a voice to the Conservative voters of the 21st District.”

Marks is a dentist as well as the former Republican Mayor of Scotch Plains.

Pappas is an insurance broker who served on Springfield Township Committee in the early 1990s.

“Throughout this campaign we will point out the endless occasions where Bramnick and Munoz have refused to stand up for the conservative principles that are hallmarks of the Republican Party,” added Pappas…

“Perhaps the most egregious slap in the taxpayers face was when they were facilitators of the 23 cent per gallon increase in our gas tax. Jon Bramnick championed the passage of the tax increase and voted in favor.  Nancy Munoz refused to vote at all after previously voting yes for the gas tax several months earlier.  Even worse is the fact that revenue from the gas tax hike didn’t meet expectations, and was automatically boosted another 4.3 cents/gallon just last year. This tax is likely to continue to spike upward for years to come.  With the additional billions of dollars in new revenue earmarked for our transportation infrastructure, why are our roads now in their worst condition ever? This is simply unacceptable by any reasonable standard.”

Once a rock-ribbed red Republican district, the Northeastern New Jersey suburban outpost now has more registered Democrat voters than Republicans ones. There were 3,580 more D’s than R’s at the end of Election 2018 and the disparity is still growing. LD21 Democrats are still in the middle of the candidate selection process.

Any votes drawn by the ‘conservative’ slate are likely to make the Bramnick-Munoz ticket’s climb all-the-steeper in November.