Rooney opines on the Biden controversy: “We’ve made the rules political” 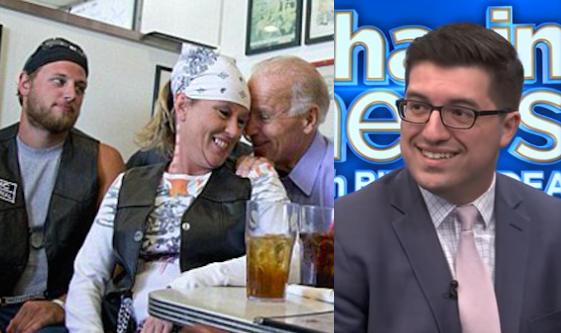 Save Jersey Founder and Blogger-in-Chief Matt Rooney returned to Chasing News this week to give his take on the controversy.

“We’re in a world where the rules are contingent upon what the Left cares about, and what they think wins elections,” Rooney told host Bill Spadea. “The president of the United States makes a stupid joke? He’s a war criminal! Joe Biden? Decades of him touching people inappropriately? ‘Eh.’ That’s the attitude. They care about women sometimes; they don’t care when an election is on the line.”

But has the PC culture gone too far?

“Yeah, because again, we’ve made the rules political. So when the rules are all political, it’s contingent upon what the person’s goals are [who’s] accusing you,” Rooney, who is also a practicing attorney, replied to Spadea. “But I think where we can all settle on this issue, is that what Joe Biden’s done — not just what he’s been accused of, but what’s been – photographed, and what’s been videoed — is totally inappropriate. You do that in any workplace, I don’t care if it’s a Republican workplace, a Democrat workplace, people are going to be uncomfortable.”