Newark’s Gibson is gone, and his legacy remains a complicated affair | Rooney 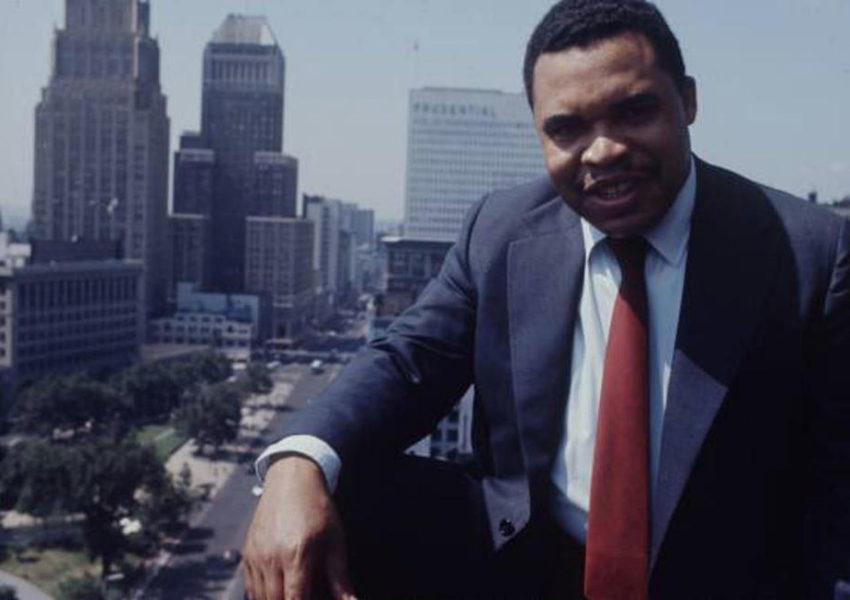 Newark’s Ken Gibson died on Friday, Save Jerseyans, and the eulogies poured in fast and furiously for the Northeastern United States’s first black mayor for a major city. The canonization crush is on. Governor Murphy even ordered New Jersey’s flags to fly at half staff on Monday in the late mayor’s honor.

“Today’s Newark has its foundation due to Mayor Gibson’s work,” said Murphy in a statement accompanying his executive order. “Although we lost Mayor Gibson, his legacy will continue to live on.”

That’s all true. Just not exactly how Murphy meant.

It was Gibson, after all, who infamously explained to the Star Ledger in 1978 his belief that “[f]avors are part of the political process and there’s nothing wrong with giving them out.”

His administration (which spanned from 1970 to 1986), one which promised change after the turbulent tenure of his corrupt predecessor Mayor Hugh Addonizio, put the goodies principle into full practice.

The grand jury which took a look at Gibson didn’t mince words in its presentment despite acquitting Gibson of criminal charges in the hiring of Michael Bontempo, a figure purportedly linked to the underworld (via NJ.com):

“We were disturbed by the quality of the supervision over Mr. Bontempo by the managers and directors at the watershed.  It is evident to us that the failure to appropriately reprimand Mr. Bontempo was caused by feelings that his position was ‘political’ and that therefore nothing was expected of him or could be done about him.”

“…has been no institutional response (from the city in regard to these matters, even though damages at the watershed) are substantial.  The impact is aggravated by the fact that the City of Newark has maintained a policy of self-insurance on these structures, thereby bearing the full weight of the loss.”

Even Sharpe James (himself a future mayor and federal inmate) was in awe of the corruption.

“It’s no secret,” the Star-Ledger reported then-councilman James stating in 1977, a few years before the grand jury was impaneled. “Some council members do wear out the mayor’s rug, going down to his office and saying, ‘for a job I’ll vote on certain measures, certain resolutions, something like that.”

Yes, Gibson’s passing is noteworthy. He made history.

He also failed to change it for the better when he had a chance like so many politicians (and Newark mayors) both before AND after him. We’re all sadly too familiar with the results.