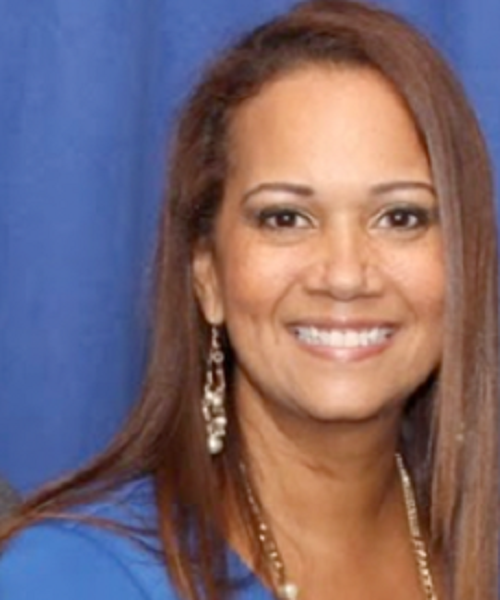 Schools Development Authority CEO Lizette Delgado-Polanco FINALLY appeared before the state legislature this week, Save Jerseyans, but for anyone interested in getting to the bottom of the SDA patronage pit problem, you more than likely went to bed disappointed.

“I did what any other CEO in my position was afforded, which is to reorganize the organization in a way I thought was the best to move forward in preparation of a reauthorization, and also based on the needs I continued to see,” declared Delgado-Polanco, who also serves as vice chair of the Democrats’ state committee.

This CEO’s definition of “reorganize” wouldn’t fly in any private corporation anywhere.

Delgado-Polanco took over the SDA back in August 2018 with a salary of $225,000 (higher than Phil Murphy’s salary). She promptly sacked 26 veteran bureaucrats and replaced them with 38 new hires. Many of those hires are directly connected to Delgado-Polanco and her family. Yes, HER FAMILY and friends. Her hiring choices include the following:

The crowned queen of Trenton patronage’s web expands beyond her own department which, by the way, is responsible for overseeing $11 billion in construction projects. Delgado-Polanco’s daughter works for Governor Murphy earning $110,000 as a “director of public engagement” (whatever the hell that means). Delgado-Polanco’s husband earns $95,000 as an employee with the Department of Education.

Yeah, it’s not awfully hard to see why there’s a bill to dissolve the SDA and roll it into another entity.

It’s also probably easy to figure out why committee Democrats refused to press Delgado-Polanco as she ducked and dodged hiring-related questions at Wednesday’s hearing.

Delgado-Polanco is a leading New Jersey Democrat, not just a random political appointee.

She’s Hispanic and a woman, and we all know that Democrat politics in 2019 is a proverbial identity politics powder keg of their own making. Light a match? Boom. Read this NorthJersey.com piece detailing Delgado-Polanco’s rise to “the middle class” for all the explanation you need. Here’s another: at a recent state Democrat meeting, Delgado-Polanco declared “[w]hat I’m trying to do is level the playing field so people can actually participate in the communities they live.” Insightful concerning this corrupt pol’s social justice worldview? And the acts it excuses? A warning to her opponents? Yes, yes, and you bet.

Another thing: while her story represents a particularly egregious example of institutional corruption, I’m going to go out on a limb here and suggest that this is hardly the ONLY example of institutional corruption in state government. The SDA is merely the tip of an ugly, expensive ice berg as hinted at by Delgado-Polanco’s family’s ease at finding jobs in other governmental subdivisions. Who else has a kid, best friend, close associate or idiot nephew tucked away somewhere in Trenton with a cushy gig?

Some Democrats in the legislature like (or at least don’t have an issue with) Phil Murphy. Others would love to see him and his regime fail.

Few powerful Democrats, however, are brave enough to pick at this scab, at least in full view of the cameras. The patronage version of mutually assured destruction? Maybe. God only knows what would come out… about their party and themselves and how Trenton is operating under hegemonic Democrat control.