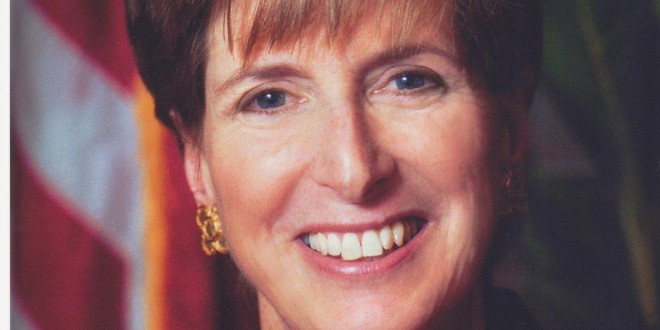 TRENTON, N.J. – The full Mueller Report was a big win for President Trump and Americans who are happy that their government did not collude with the Russians.

Not everyone is happy.

Among those who can’t overcome their hatred of President Donald Trump is former N.J. Governor Christine Todd Whitman, a nominal Republican who has called on POTUS to resign.

Whitman truly jumped the shark on Monday in a multi-tweet Twitter rant during which she accused Trump of acting like a dictator and potentate. She also insist that he President had shown intent to commit a crime despite the Special Counsel and DOJ having come to the conclusion that there was not enough evidence to substantiate obstruction of justice:

2/ But for the refusal of some key staff to carry out his orders, #PresidentTrump would have thrown this country into a #ConstitutionalCrisis. The 1st should be extremely concerning as it seems no effort is being made to prevent interference in 2020. The protection of our (2/5)

#Dictators and potentates. To ignore the intent because the act was never completed is to send a message that we aren’t troubled by this kind of undermining of our #Constitution. One may think that it doesn’t matter but remember, it’s hard to turn back the clock once a line (4/5)