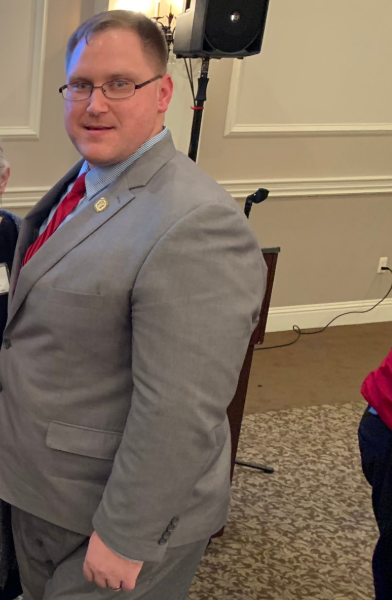 VINELAND, N.J. – The special election for New Jersey’s 1st District State Senate seat  is expected to be the most competitive legislative battle of Election 2019.

The Democrat incumbent won’t commit to debate the Republican challenger.

“I am writing to ask that you join me for a one-hour debate regarding the $4.5 million in school funding cuts foisted upon our district by your Democratic Party leaders in Trenton. During an appearance on the “Hurley in the Morning” program on Friday, I asked, and Harry Hurley graciously accepted, an offer to host this important forum between the two of us. I am sure you will agree that Harry is a complete professional and will moderate this forum in a completely fair and balanced way. All we need now is for you to accept the invitation. I am eager to discuss your most recent legislation, S 3625, which we both know is a sham. By suggesting that this bill will restore our lost monies, you are intentionally misleading the people you were elected to serve. Frankly, it makes me question how little respect you and Democrat party bosses have for the intelligence of people in the First Legislative District.”

Critics point out that it’s a “sham” for a number of reasons including expense ($90+ million), the bill’s mechanism of compensation for districts facing cuts (which likely wouldn’t survive a state court challenge), and the fact that the state Senator’s proposal (click here) has no chance of making it through a legislature dominated by his party.

But the proposal isn’t actually intended to pass, critics add. It’s a PR gimmick, they say, designed to protect the vulnerable Democrat incumbent – representing a legislative district with more R’s than D’s (a rarity in New Jersey) – against Testa’s criticism of the Democrat school funding philosophy.

The state school funding formula is the #1 driver of property tax increases in New Jersey. When Chris Christie attempted to reform the formula in 2016, near the end of his own gubernatorial tenure, $5.1 billion in direct state aid went to just 31 school districts and $4 billion was allotted for the other 546 school districts. The imbalance hasn’t improved under Governor Phil Murphy.

Whether Andrzejczak ever agrees to debate Testa remains to be seen.

When he served on Van Drew’s ticket as an Assembly candidate, the future Congressman made a habit of speaking for Andrzejczak at public appearances and, on at least on occasion, showing up at a public forum to participate on Andrzejczak’s behalf.

Testa confirmed for Save Jersey on Friday (May 10th) that neither he nor his campaign have heard from Andrzejczak on the subject.