Why Do ‘Conservative’ Justices Stray? 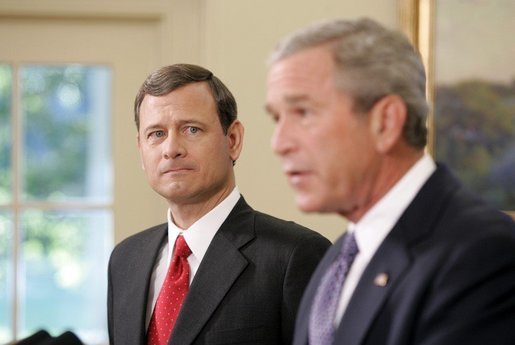 Most of the justices on the United States Supreme Court have been Republican appointees — elevated to the Court by GOP Presidents Reagan, George H. W. Bush, George W. Bush and Donald Trump.

These include the recently deceased Justice Scalia as well as Justices, Kennedy, Alito, Thomas, Kavanaugh, Gorsuch and Chief Justice Roberts. In fact most of the justices appointed over the last several decades have been Republican appointees. So, we can add the late Chief Justice Rehnquist, Justice O’Connor and Justice Souter to that last.

In fact, GOP-appointees still hold a 5-4 majority on the Court.

And yet, the Court remains unpredictable. And while we do see a stream of 5-4 decisions, incredibly some really big recent ones are with a liberal majority. Imagine!

It’s because the Republican appointees to the Court don’t always vote along conservative lines. They stray.

Chief Justice Roberts is the biggest offender. He’s strayed so much from originalist thinking that some have called him the Court’s new swing vote — a dubious distinction once held by Justice Kennedy. Roberts broke rank on the landmark Obamacare decision and just did it again with a logically fractured and protracted decision on the 2020 census case.

Though he might think otherwise, Chief Justice Roberts has not proven to be the leader and consensus-builder that many had hoped for. Roberts seems to be just another justice rather than the Chief Justice that America expected and the Court deserves.

And he often chooses to decide cases on what appear to be narrow and/or technical grounds. That’s the mark of a hair-splitter, not the mark of a leader.

But here’s a bigger question: Why do so-called conservative appointees stray?
The answer is simpler than it might seem.

We attribute it to two factors — lack of backbone and the pressure brought by elites in the Washington hothouse. Washington is a notorious breeding ground for liberal groupthink, especially at the very highest levels.

When you reach the pinnacle of power, incredibly, the position you hold is often not enough. Unless you are very strong in your convictions, you begin to seek the approval, the affirmation, indeed the imprimatur of what is believed to be the intelligentsia — the self-anointed best and brightest.

No matter that you’ve climbed so high, it’s very airy up there, very heady stuff. The more adulation you have, the more you crave.

So, more and more you seek invitations to the right dinner parties, the sought-after events and conferences, the ever-so-exclusive lectureships and the coveted signal that you have really, really, really been accepted into the club.

This never mattered to someone like Justice Antonin Scalia or Justice Clarence Thomas. Scalia openly signaled his disdain for such considerations and Thomas continues to quietly chart a path deeply rooted in his hardscrabble upbringing and rock solid values. Justice Alito remains a mostly solid bet as well. But they are the exceptions to the rule.

The verdict is not really in yet on Justices Kavanugh and Gorsuch.

As for Chief Justice Roberts, well — he seems all-too-easily seduced.

If only conservatives would learn from liberals — at least on matters such as this.