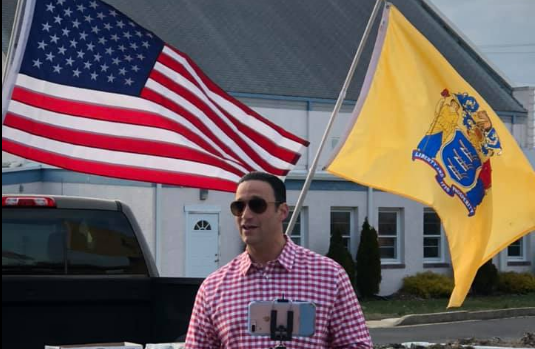 VINELAND, N.J. – The 2019 election cycle’s top New Jersey legislative prospect struck an independent chord on Friday by speaking out against the Democrat budget backed by seven of his own party’s state senators.

“The state budget passed by Trenton Democrats yesterday is a disgrace,” said Mike Testa, the Republican state Senate nominee in battleground LD1. “Any family who operated this way would be broke and any business would be bankrupt. What alternate universe do these people live in?”

“By every measure, New Jersey is one of the highest taxed, most indebted, and worst run states in America, yet Democrats, like my opponent Bob Andrzejczak, continue to double down on economic and fiscal failure,” Testa added. “This budget increases spending by $4 billion over what it was just two years ago, doesn’t even contemplate cutting our taxes, slashes millions of dollars to Cape May County schools, and ships tens of millions in pork to North Jersey while South Jersey gets screwed.”

Every Republican in the Assembly voted against the budget. Under complete Democrat control for the second year since 2009, Trenton spending is up $5 billion so far under Governor Phil Murphy.

Murphy hasn’t yet decided whether he plans to veto all (or part) or none of the legislative Democrats’ FY2020 budget which doesn’t raise certain taxes/fees – notably the millionaire’s tax – as the governor has demanded.

Testa and his running mates are running against the all-Democrat LD1 legislative incumbent slate this November; Republicans consider the district (one of the few where they still hold a registration edge) to be this cycle’s best chance for pick ups.