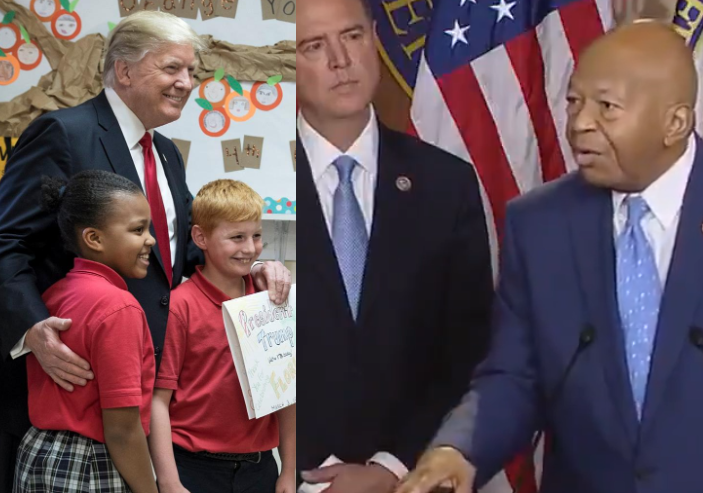 Baltimore was universally considered a hot mess until Donald Trump said it in a tweet, Save Jerseyans. Now saying so if offensive. If Trump tweeted “hell is hot” tonight? You’d see no less than 5,000 media stories by 6 o’clock tomorrow morning insisting no, it’s actually freezing, and declaring anyone who claims otherwise a bigot.

Baltimore is run by Democrats.

Chicago is run by Democrats.

Detroit is run by Democrats (site of the next round of Democrat debates).

St. Louis is run by Democrats.

Oakland is run by Democrats.

Los Angeles is run by Democrats.

Newark is run by Democrats.

Trenton is run by Democrats.

Newark is run by Democrats.

Are you noticing a pattern? You’d have to be blind (and stupid) to miss it.

It’s a sad but familiar story for each example listed above. Ever since LBJ’s ‘Great Society’ concentrated and stranded disproportionately non-white Americans in urban centers deprived of social anchors and economic opportunity, America’s once-mighty urban industrial centers have languished and decayed in the grips of crime and poverty. Political corruption. Decaying infrastructure. A dearth of ratables. Failing schools. Drugs… everywhere, and the violence that comes along with the trade. Almost every U.S. state has at least one mini-Venezuela inside its borders: a hopeless, mismanaged city with every geographic advantage but where dreams nevertheless go to die. 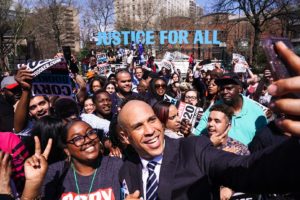 New Jersey has a few such places, and you can’t blame government or the burbs for failing to be philanthropic. New Jersey taxpayers have spent BILLIONS on Camden (alone) in recent decades, both in direct aid and also in the form of newly-scrutinized tax incentives and a highly-subsidized school system where non-Camden residents pay tens of thousands of dollars, per year, for urban kids to NOT get an education. None of the big government “woke” solutions have worked.

Newark… don’t even get us started on Newark. Cory Booker’s processor went to federal prison. Cory Booker tweeted and pulled cats out of trees while the once-mighty Brick City continued to suffer. We spend a lot of time making fun of #Gropacus around here, and he deserves it, but the Democrat Party’s Newark legacy is anything but a laughing matter. AOC “cried” at the border; most Newark residents haven seen 1,000-times worse (since last month).

Blowing the whistle on all of this makes Trump a racist? How?

The Left’s dominant talking point goes something like this: “Trump is picking on urban centers because brown people live there, and his base hates brown people.”

Not only is that take utter and complete nonsense (especially considering this is a president whose HUD secretary is a black surgeon who worked in Baltimore), but it’s also a shameless deflection.

The Democrat Party has spent the past several decades (since abandoning its oft-undiscussed KKK affiliation) telling black and brown Americans that Republicans (descendants of the Party of Lincoln) are racists and therefore only Democrat policies can advance the cause of minority citizens. With few exceptions, minority voters responded by voting Democrats to run their cities, a trend beginning during the Great Depression and accelerating into the 60s and 70s.

How’s that working out?

Trump wasn’t attacking ‘Americans of color.’ Not even close. He was calling out the dishonest, manipulative, nothing-to-show-for-decades-of-blind-trust Democrat politicians who’ve shamefully treated America’s most vulnerable citizens like subhuman crap for longer than most of us have been alive. Could Trump say it better? Almost always. But if he did hypothetically cloak these hard truths is pretty words and diplomatic decoration, would the deeper point pierce the media veil? Would we even be having this important discussion today? I doubt it. 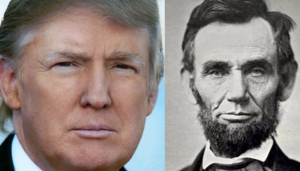 Meanwhile, President Trump continues to earn praise for his actual job performance from some Americans whose comments scare the heck right out of Democrats who think they own the non-white vote.

“At the end of the day, the American people are looking for someone who can deliver economically and deliver on opportunities,” opined Robert Johnson, founder of BET and America’s first black billionaire earlier this summer. BET, folks. BET.

Mr. Johnson’s ‘opportunity’ point is crucial to our discussion. President George W. Bush once spoke to the NAACP of “the soft bigotry of low expectations.”

What does it say about America’s almost unanimously Democrat urban leadership that they not only perpetuate these low expectations, all day every day, yet have the gall to degrade anyone who calls them out on it as an alleged “racist”? Nothing good.

Donald Trump is sometimes wrong. This is not one of those times.

The 2020 cycle provides a second-to-none opportunity for Republicans to put the Democrats ON TRIAL for what they’ve done to our cities. Let’s hope they follow Trump’s lead and seize it.