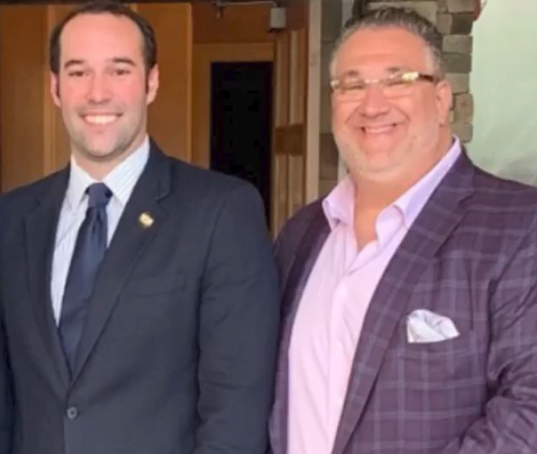 “Through his work in the community and our party, I have had the pleasure of getting to know Brian,” Fanucci explained in a statement shared by Fitzherbert’s campaign on Facebook. “He is a true conservative with a passion for public service. Brian believes in a common-sense approach and has a natural leadership ability, both of which are key traits needed to represent our party. That is why I enthusiastically endorse Brian T. Fitzherbert for the Republican nomination in New Jersey’s 2nd District primary.”

Vineland is populous and critical battleground in the sprawling 2nd District which covers most of South Jersey including Salem, Atlantic, Cumberland (where Vineland resides) and Cape May counties as well as smaller portions of Gloucester, Camden and Burlington counties.

Fitzherbert is clearly working hard to get a jump on possible intra-party rivals. Millionaire David Richter has reportedly formed an exploratory committee and is thinking about entering the Republican Primary. The 2018 nominee – attorney and activist Seth Grossman – is also believed to be seriously considering a second run. A third possibility is Atlantic County attorney John Zarych who worked with John McCain’s 2008 presidential campaign.

The Democrat freshman incumbent (Jeff Van Drew) beat Grossman by only 6.4-points in 2018. President Trump carried the district in 2016 over Hillary Clinton.