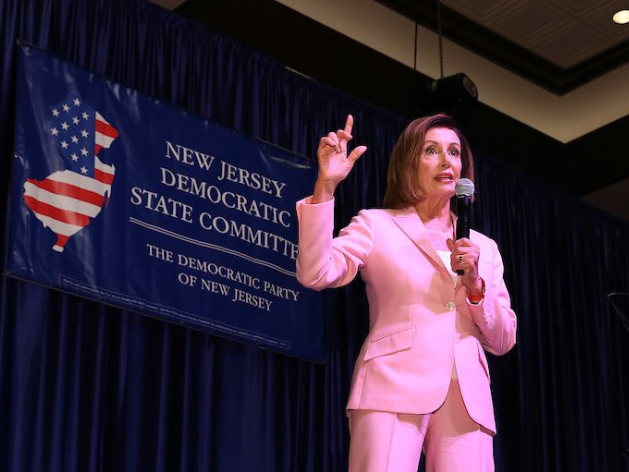 ATLANTIC CITY, N.J. – Speaker of the House Nancy Pelosi dropped in on the New Jersey Democrats’ annual convention of Friday evening. Despite a number of competitive legislative elections mere weeks away, impeachment was the ‘elephant in the room’ otherwise full of avowed donkeys, and the top Democrat told a captive Atlantic City audience that her decision to pursue President Trump’s impeachment was necessary to protect the U.S. Constitution.

“I would never place ourselves in the category of greatness in the Founders, but we do place ourselves in a time of urgency to protect and defend the Constitution of the United States,” Pelosi told the assembled Democrats, recycling a paraphrased version of her own quote from this week’s impeachment announcement presser.

Pelosi’s partisan audience cheered her own, but a recent poll of N.J. House battleground districts found only 30% of voters supportive of impeachment.

Governor Phil Murphy, U.S. Senators Cory Booker and Bob Menendez, and a who’s who of other elected New Jersey Democrats are also attending this weekend’s event.