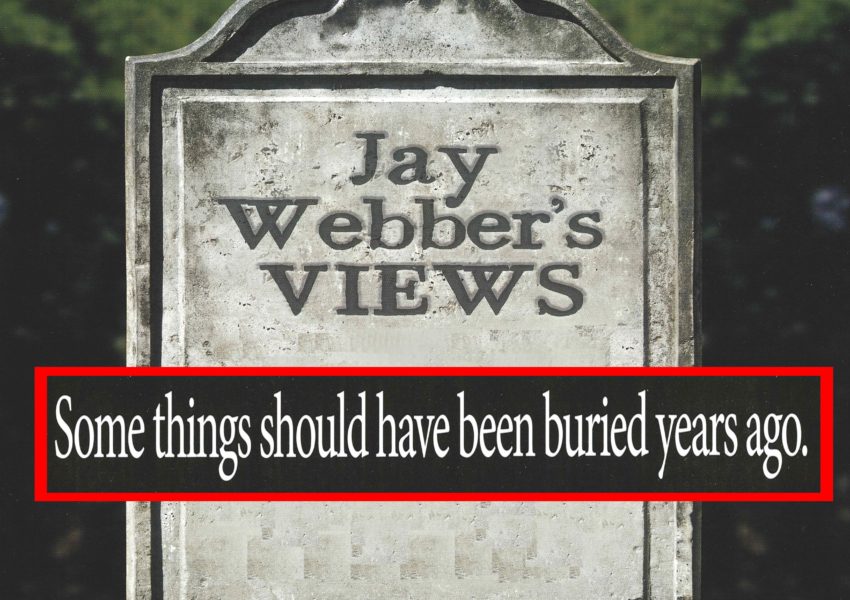 PARSIPPANY-TROY HILLS, N.J. – New Jersey politics is always brutal, but sometimes the rhetoric gets more than a little over-heated, especially in the do-or-die month of October.

One Election 2019 example comes to us from LD26 where Assemblyman Jay Webber is seeking reelection this cycle. Democrats put the conservative Republican incumbent’s name on a tombstone, declaring that Webber’s views “should have been buried years ago.” 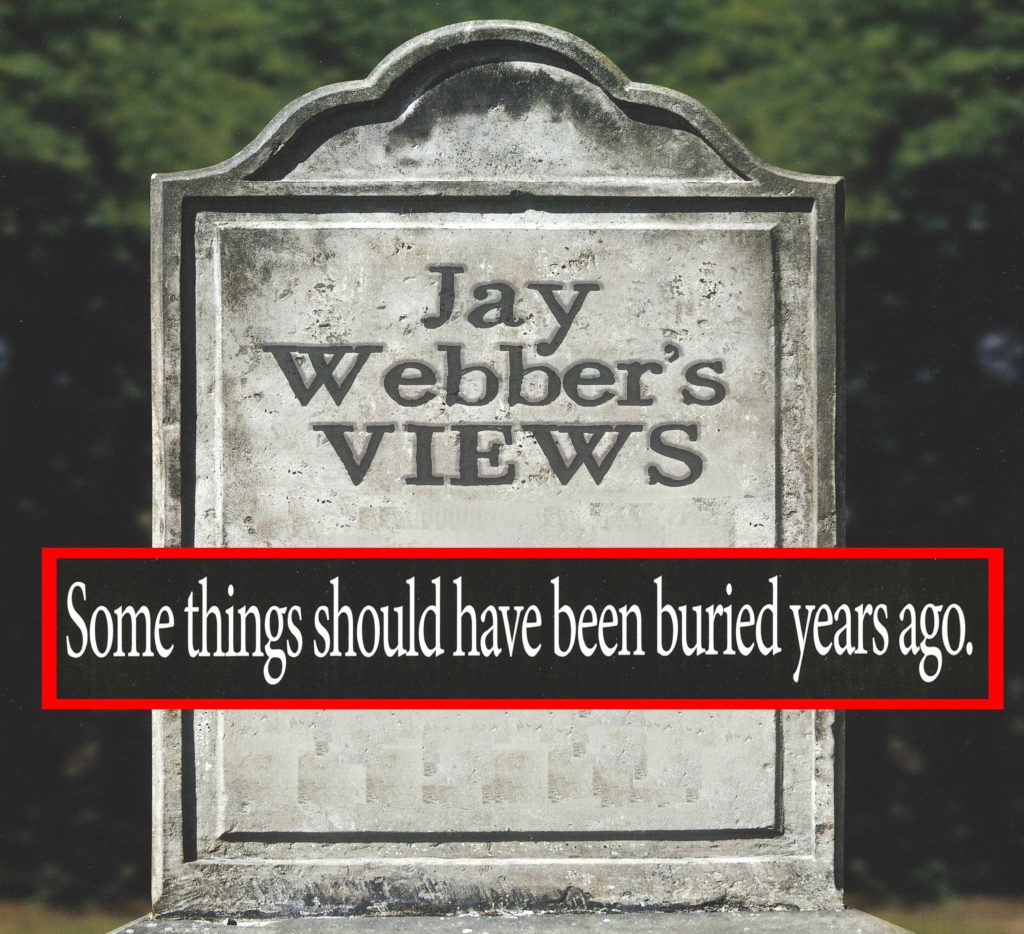 “Our opponents’ campaign would be slightly comical if the stakes weren’t so — pardon the expression — grave.  Because when they send out messages like the one above, our opponents aren’t saying they want to bury MY views, they’re really saying they want to bury OUR views,” Webber responded. “They want to silence all opposition to their radical agenda and make it socially unacceptable to be like you and me, people who simply love freedom, fairness, and fiscal responsibility.  It’s imperative that we push back not just on their agenda, but the way they pursue it.  Don’t let them silence us!”

Webber – who ran unsuccessfully in 2018 against Mikie Sherrill for the NJ-11 House seat – is no stranger to over-the-top attacks. His home was vandalized earlier this year after announcing his reelection bid.

LD36 is considered a strong Republican district this year notwithstanding the changing voting habits of the Morris County suburbs which dominate Webber’s home turf.