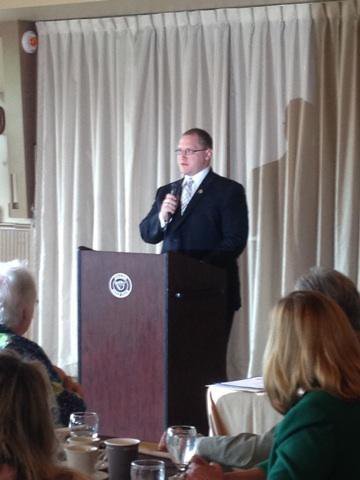 Things are getting beyond silly in battleground LD1 (Cape May/Cumberland/Atlantic) where Democrats are defending two Assembly seats and a State Senate seat in territory won by Donald Trump in 2016 and Bob Hugin in 2018. The Democrat slate is concerned; they’re presently running an ad with a quote from popular local radio host Harry Hurley of WPG Talk Radio criticizing the GOP ticket’s leader, Mike Testa Jr. The problem? Hurley retracted his criticism… 17 months ago.

Hurley’s original comments related to Testa’s role in the 2018 GOP congressional primary in CD-2 as Cumberland’s Republican chairman. LD1 Democrats – ironically, in light of the fact that they’re servants of the Norcross Machine – seized on Hurley’s since-recanted ‘dirty tricks’ analysis to accuse Testa of behaving like a party boss.

On Tuesday, the radio host issued a rare statement demanding that the Democrats pull their commercial.

“I rarely comment in this manner. However, comments that were critical of Mike Testa, Jr. attributed to me in a negative television ad being aired by Senator Andrzejczak and his running mates are false and misleading.  I am asking Senator Andrzejczak and his campaign to do the right thing, take down the ad, as it relates to my comments. These comments don’t accurately reflect my views about Testa,” said Hurley in a statement released by the Testa campaign. “It’s disappointing that they decided to include it. It forced me to make this statement.  The fact of the matter is that 17 months ago, I said things about Mike that were inaccurate. Immediately upon discovering this, I apologized to him in person, retracted them in print, and unambiguously did so again on my radio program (then) and again this morning. Mike Testa is a good man. I wish the Democrats campaign would focus on the issues. This is the second time that they have injected me in their campaign.”