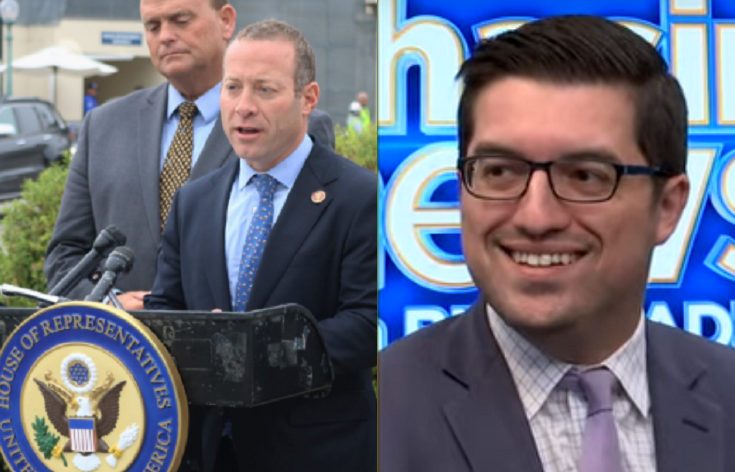 Save Jersey Founder Matt Rooney was back on the Chasing News with Bill Spadea panel this week to discuss Gottheimer’s proposal, the free speech implications, and also some willful blindness on the part of the North Jersey Democrat Congressman.

“There’s a grey area here… and Rep. Josh Gottheimer whose out in front on this, he kind of illustrates the problem. On the one hand he’s cracking down on these terrorist groups which is great. On the other hand, in his own party he’s got Ilhan Omar, he’s got Rashida Tlaib, Congresswomen who are locking arms with Hamas,” said Rooney, citing the specific incident when Rashida Tlaib was photographed with a Hamas supporter. Not to be outdone, fellow squad member Omar is a notorious font of Hamas and anti-Israel propaganda.

Co-panelist Afia Yunus argued that there are nuances to Hamas, and that the President’s tweets were worse than anything coming from the likes of Tlaib and Omar.

“All of them support the death and destruction of Israel,” responded Rooney concerning Hamas’s membership, “and as bad as you think Donald Trump’s tweets are, I don’t recall him ever supporting genocide.”