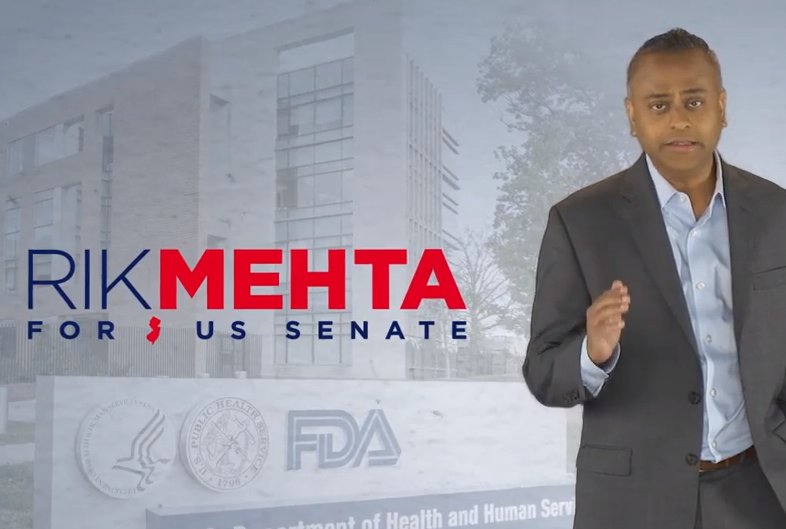 TRENTON, N.J. – Pharmacist and attorney Rik Mehta is the latest Republican to announce a primary candidacy in the race for the right to take on Cory Booker in 2020. The first generation American’s entry makes the GOP field five strong.

Mehta, who had a tenure at the Food and Drug Administration (FDA), is running on a ‘Jersey Proud’ slogan encompassing many of the state-level issues vexing the Garden State.

“Sounds more like Venezuela, not New Jersey. And who brought us here?” said Mehta in his launch video, pointing the finger at Booker for many of New Jersey’s high-publicized problems including lead in Newark’s drinking water. Mehta also criticized Booker for his time spent out of state as well as Democrats’ support for Sanctuary Statehood.