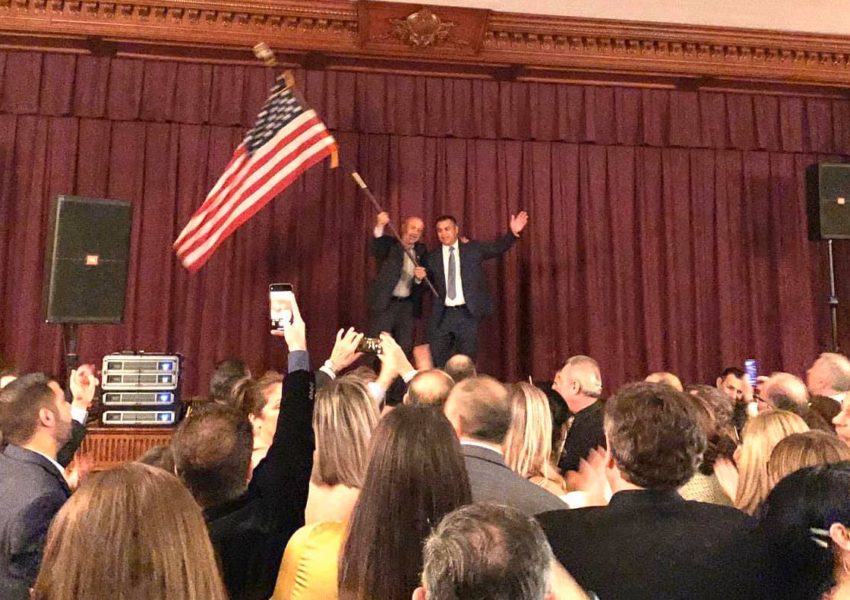 MONTVALE, N.J. – The death of ISIS leader Abu Bakr al-Baghdadi at the hands of U.S. Special Forces was welcome news to most Americans including members of the Syrian-born community.

Among the celebrants: Montvale Mayor Mike Ghassali, one of the 2020 Republican candidates for Congress in New Jersey’s 5th Congressional District. He’s also a Syrian immigrant.

“‪Last night while at a church gathering with over 200 Syrian-American Christians, I received the report that ISIS leader Al-Baghdadi was killed,” Ghassali posted on Facebook Sunday morning. “This animal killed my 1st cousin in 2015 in Syria, leaving behind 3 children & a wife. This is why fighting the war on terror is so personal to me. Thank you to our US forces and President Donald J. Trump.”

No one is sure how many thousands have died at the hands of ISIS between terror attacks and their role in the bloody Syrian Civil War which bled into Iraq. The fallen ISIS regime is guilty of some of the most depraved war crimes recorded in modern human history including torture, rape, enslavement, and even burning victims alive in cages.

President Trump announced that Al-Baghdadi’s final victims were three of his own children who the notorious terror ringleader reportedly led to their own demise as U.S. troops closed in.

New Jersey’s NJ-05 – which takes in much of North Jersey including most of Bergen County – is represented by two-term Democrat Congressman Josh Gottheimer.