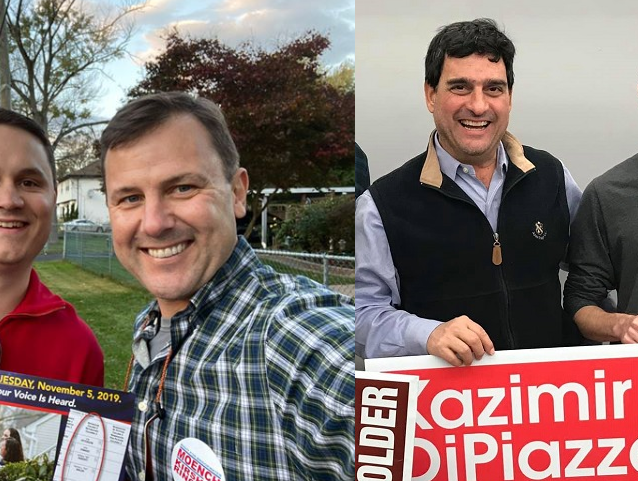 New Jersey politicians need to make it through Election 2019 first, so the growing collection of 2020 House hopefuls fanned out over the last week to campaign for legislative, county, and local candidates and, in the process, cultivate some goodwill for next spring’s primary contests.

Second Congressional District hopeful Brian Fitzherbert was all over South Jersey including Salem County; fellow NJ-02 primary candidate David Richter was on the other side of the district boosting legislative incumbents in Little Egg Harbor. Meanwhile, in Burlington County, former freeholder and current 3rd Congressional District challenger Katie Gibbs was supporting the GOTV efforts of the county’s backed candidates county-wide and in LD8, a top targeted district.

Up in the 5th Congressional District, GOP rivals Frank Pallotta and Mike Ghassali crossed paths at an event for the LD38 ticket; Pallotta then continued on to LD39 where he delivered pizzas to hungry Schepisi-Auth volunteers:

Senator Tom Kean Jr. was busy over the weekend, barnstorming for Republican candidates throughout the 7th Congressional District where he hopes to take on and defeat Democrat freshman Tom Malinowski next fall:

Kean’s primary rival Rosemary Becchi was on the trail last week, too, canvassing and pounding pavement for the Somerset County GOP’s ticket: