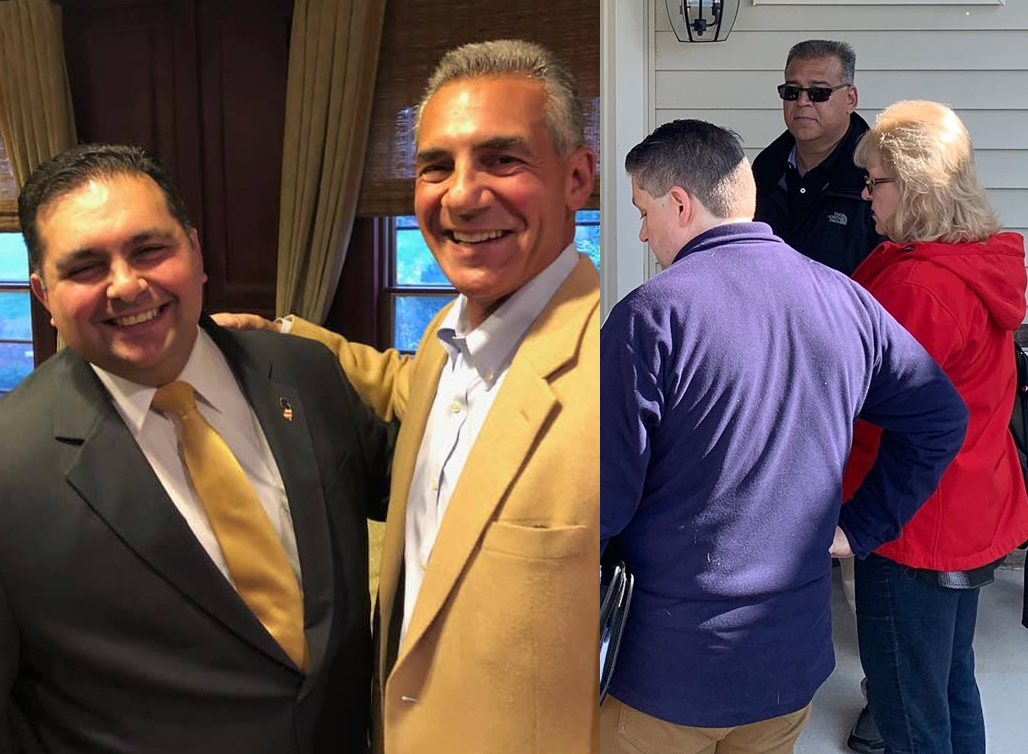 TRENTON, N.J. – It’s hard to attend a Republican event almost anywhere in New Jersey this fall without running into either Jack Ciattarelli or Doug Steinhardt. Or both.

The ex-Assemblyman and incumbent NJGOP chairman, respectively, are seemingly everywhere these days boosting Republican candidates in the final hours of Election 2019. Steinhardt (who is working to rebrand his organization) spent a healthy chunk of the weekend barnstorming in LD8 with the Burlington GOP county candidates and the Republican Assembly ticket of Jean Stanfield and Ryan Peters. He also spent time trying to help turn out the vote in LD21 and LD25, two districts where Republicans could get wiped out on Tuesday.

Ciattarelli’s appearances included a LD27 drop-in over at Harding Township to support of Assembly hopeful Mauro Tucci; LD27 was once considered a reach district but is now considered a ‘safe’ Democrat outpost. He visited Bergen and Burlington Republicans immediately before Halloween:

In Harding Township, Morris County, my pleasure to join fellow Republicans in support of the entire ticket, including Mauro Tucci, Candidate for State Assembly in the 27th District. Also in attendance was Rik Mehta, 2020 Candidate for US Senate. pic.twitter.com/H5Ok4lHPig

In Burlington County, honored to join and speak before large turnout of the Cinnaminson Republican Club. pic.twitter.com/Qs82CsUmZG

New Jersey Republicans need to get through two elections before 2021 and Phil Murphy’s reelection fight. Still, the post-Christie GOP is devoid of leaders and locals are looking for help. This is, after all, the first and hopefully last “Murphy Midterm,” a theme Republican legislators have tried to advance.

Prospective candidates who show up can score big points: