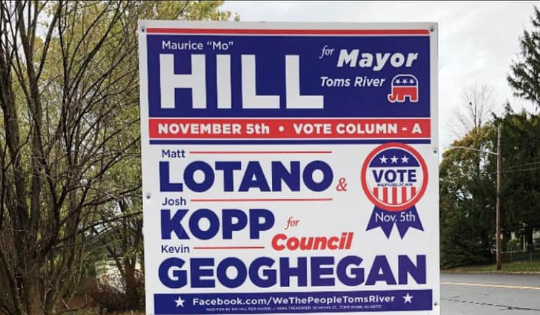 “Last night we won a close election for Mayor of Toms River. It’s been a grueling 8 months but it all paid off last night in VICTORY! Thank you to GOP Chairman Frank Holman, Finance Chairman Jerry Dasti and Sen. James Holzapfel. Special thank yous to my running mates, Matt Lotano, Josh Kopp and Kevin Geoghegan and our fabulous campaign chairwoman DARA CLARK and campaign advisor Art Gallagher,” Hill told his Facebook followers. “Also thanks to the GOP Elite team, Stafford Republicans and all who helped us walk the entire Township. We could not have done it without your support! We are looking forward to the next 4 years! THANK YOU FOR YOUR VOTE!”