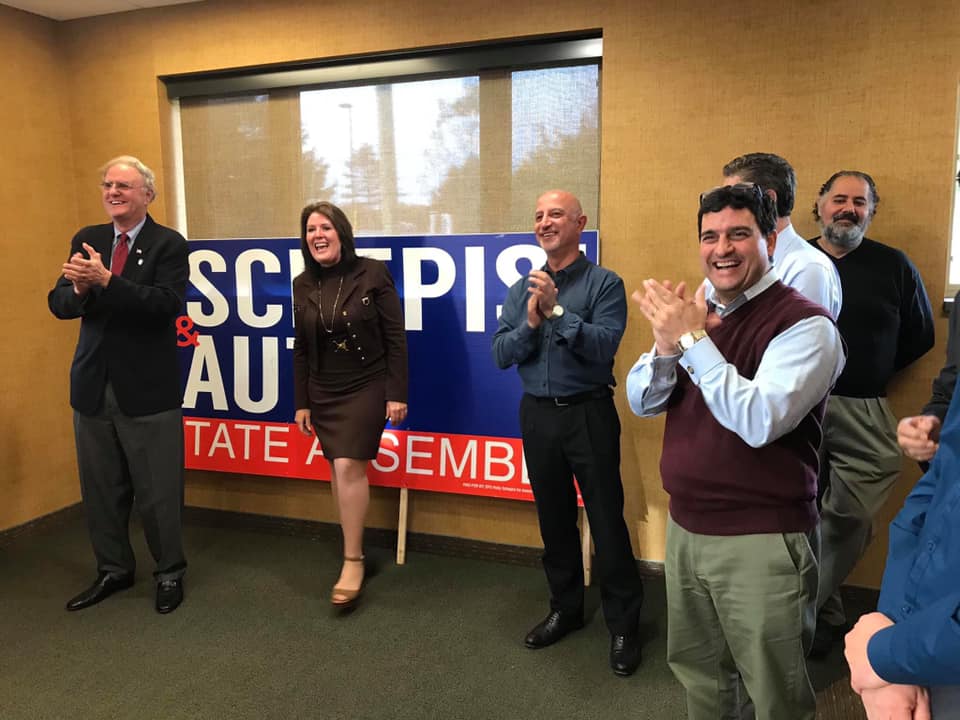 RIVER VALE, N.J. – Democrats flirted with the 39th but came up empty.

Holly Schepisi (27,125) and Bob Auth (25,494) decisively dispatched challengers John Birkner (21,434) and Gerald Falotico (20,989) on Tuesday by a margin which arguably will make Democrats think twice about spending cash there in 2021 depending, of course, on how the rest of the leg map landscape looks in two year’s time.

“Josh Gottheimer should be scared: tonight’s results across CD5 show a backlash against the tax and spend policies of Governor Murphy, in which Josh, in his silence, is complicit,” said Frank Pallotta, a Republican primary candidate in the hunt for Josh Gottheimer’s NJ-05 House seat. “I want to especially congratulate our Assemblywomen Holly Schepisi, Betty Lou DeCroce and Assemblymen Bob Auth, Kevin Rooney, Chris DePhillips, Parker Space, Hal Wirths, Jay Webber, Erik Peterson and John DiMaio on their re-elections. Our NJGOP Chairman Doug Steinhardt also deserves credit for the organization he built that led our candidates across the state to victory tonight. Our campaign is proud of the work we did on behalf of our outstanding Republican team this cycle, and we stand ready to harness the great grassroots energy they generated to defeat Josh next November.”