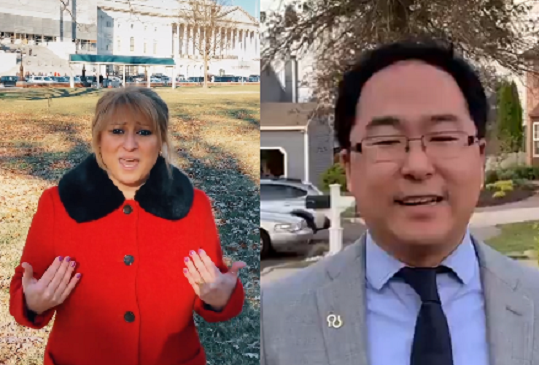 WASHINGTON, D.C. – As the House of Representatives sped ahead with a partisan impeachment vote on Wednesday afternoon (with a vote on the articles expected Wednesday evening), Republican challengers in Democrat-held districts lambasted their incumbent opponents for participating in what is an increasingly unpopular witch hunt.

One of those potential challengers is former Burlington County Freeholder Katie Gibbs (R, NJ-03). She was in D.C. on Wednesday, too, and posted a video criticizing freshman Democrat Andy Kim’s pre-announced vote for impeachment.

“Andy Kim and his socialist friends are voting to impeach President Trump for one reason — they HATE him and want to undo the 2016 election results,” Gibbs declared on Facebook. “Join me in this fight to take back the House and allow American voters to decide our leaders!”

Kim’s district is considered a “toss-up” this November.

Gibbs has been endorsed by the Burlington County GOP which constitutes roughly 50% of the district that includes deep red Ocean County.