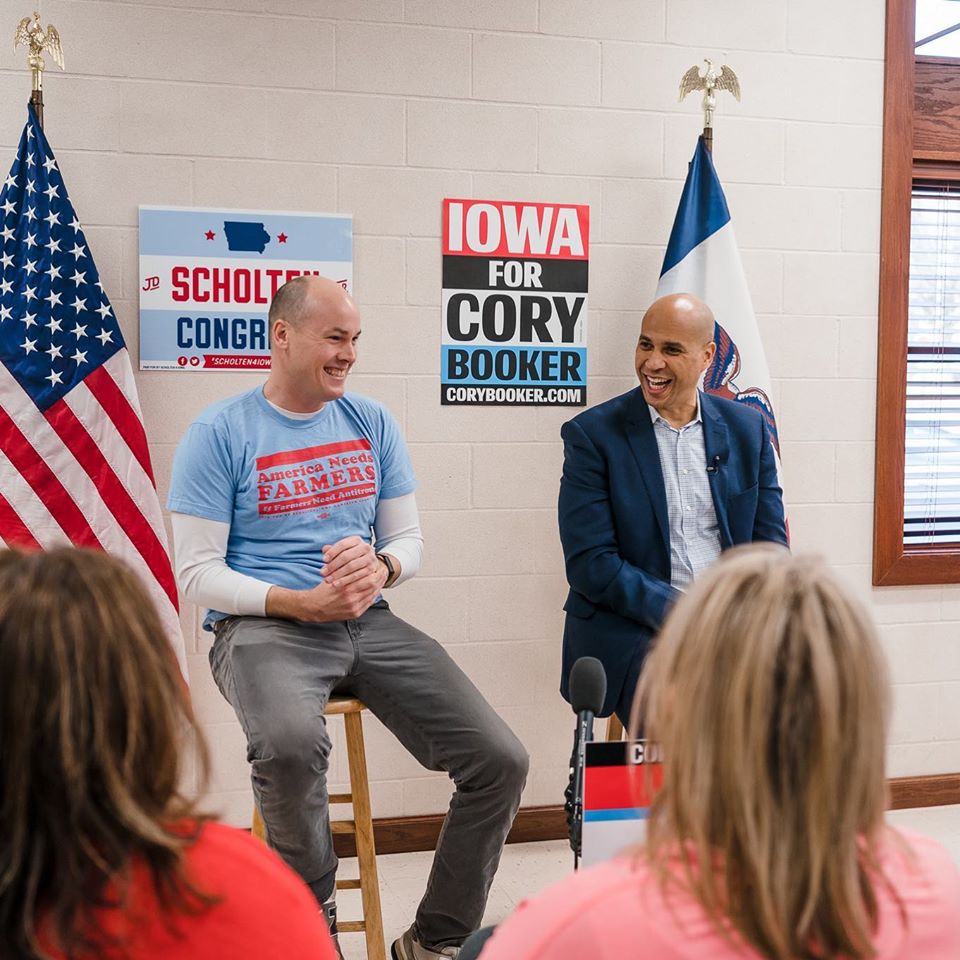 After failing to qualify for the pre-Christmas debate is Los Angeles, the artist formerly known as Spartacus has reportedly surpassed the DNC’s 225,000 individual donor minimum threshold for the upcoming January debate in Des Moines, Iowa scheduled for January 14th. That’s the easy part for a U.S. Senator with a national profile.

Booker now needs a 5% showing in four or more individual polls or a 7% polling performance in at least one of the following early voting states: South Carolina, New Hampshire, Nevada or Iowa.

He isn’t close at the moment to any of those bars, polling at an average of 2.5% nationally and in the low single digits in the early states. His last two New Hampshire polls, for example, had him at 1%.

A little consolidation: he’ll have more company on the sidelines this time.

As of Sunday, only Joe Biden, Pete Buttigieg, Amy Klobuchar, Bernie Sanders, and Elizabeth Warren had qualified for the stage.