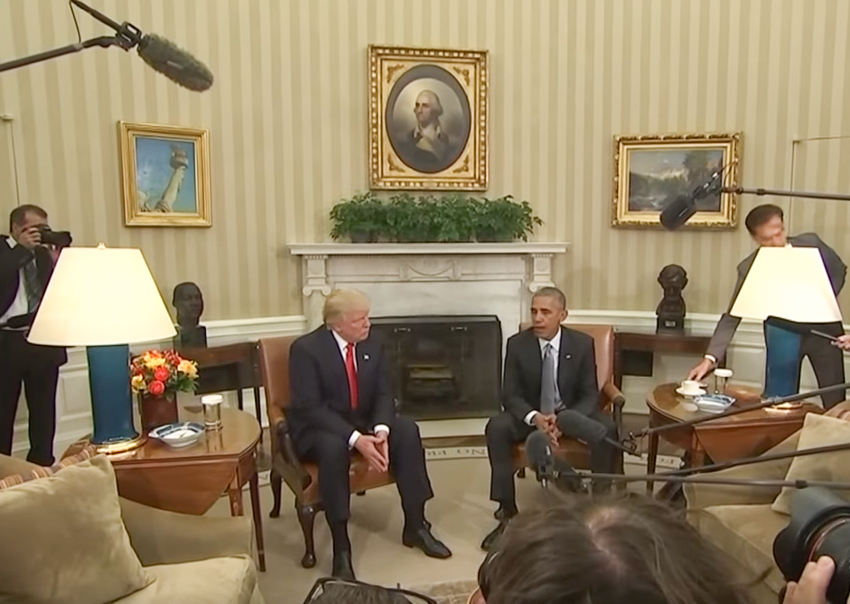 One dominated the first half of the decade and the other came to define the second half.

And the two of them apparently could not be more different or more farther apart even though they have a surprisingly number of things in common.

Both burst upon the scene with the suddenness of lightening and both were underestimated at first. Both vanquished the same opponent — an opponent who seemed downright invincible. Both brought little or no substantive experience to their chosen endeavors and both rose within their chosen fields in an unconventional manner. Both built movements centered around their own unique personalities; both disrupted the status quo; both defied the odds; both redefined the roles they came to play; both displayed a brash confidence at every turn; both let hardly anybody into their inner circle for any significant length of time and both consistently acted in a way that rattled their detractors.

One acted distant and enigmatic at times while the other usually seemed all too obvious and in-your-face. One courted the media and enjoyed media adoration from start to finish while the other openly challenged the media and mocked their supposed power. One surrounded himself with notables who inhabited a glittering world of elites while the other not only eschewed such trappings but deliberately sought out people from the opposite end of the socioeconomic spectrum. One left his mark with landmark legislation while the other redefined an entire branch of government with a whole new slate of appointees. One advanced a leftist agenda under the guise of reasonableness and unity while the other offered nationalist populism with a conservative bent. One tried to built beyond his base while the other seemingly played almost exclusively to his base.

Each one pushed his political party in a new direction and, in the process reset each party’s brand and rules. Because of what these two men have done, nothing will ever again be quite the same.

The first one, of course was Barack Obama. Obama took office on the eve of the new decade and would have most certainly defined the whole era were it not for the man who followed him — that other man named Donald Trump. And even though Trump wasn’t elected to office until the decade was more than half over, he certainly came to dominate not just what was left of it but the whole view of things looking into the 2020s. In fact, as historic as Obama’s victory may have been, Trump’s 2016 upset stands as a seminal moment in America’s cultural and political history — a moment that sits astride the decade like a behemoth. And, obviously, it also stands as a moment that greatly diminished (or maybe even eliminated) whatever legacy Obama hoped to have.

Time on America’s socio-political clock is now defined as BT and AT — Before Trump and After Trump. And it’s the period which can only be called After Trump that is proving to be riveting, formidable and consequential. Much of what happened Before Trump — including Obamacare — now seems almost trivial by comparison.

But it’s important to remember that without Obama the seismic shift of Trumpism would have never occurred. Obama was the classic overreacher — not overachiever, just overreacher. The former community organizer wanted nothing less than to reorganize — to reorder — America according to his own leftist agenda. And he made no secret of it. In doing so, he raised expectations so high that he was bound to disappoint his own followers while simultaneously provoking and ultimately energizing his opponents.

And, this too: there was an enormous void in the Republican Party. The GOP had grown not just weak but soulless and vacant. At its core it was mushy and captive to a country club set afflicted with terminal ennui. While they were playing croquet, Donald Trump came along and not only turned everything upside down but changed all the rules as well.

So when you ring in the new year, stop for a moment and think of this: What an exciting time to be alive!