Santa Trump defied the polls (and yield curves) in 2019 | Rooney 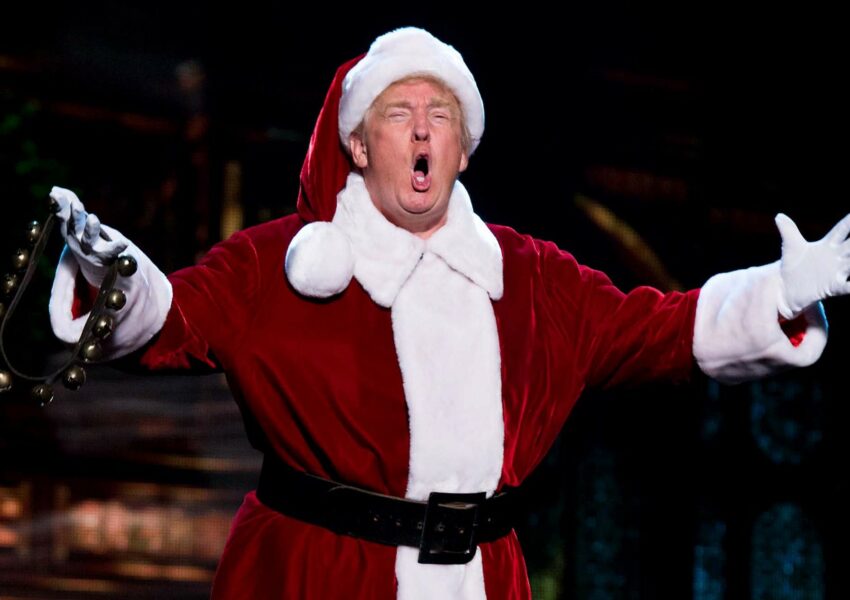 Four months ago, Save Jerseyans? The wise old men and talking heads were advising Americans that Christmas 2019 was as good as cancelled. Over before it began. The Year Without A Santa Claus. The yield curve had inverted! Woe unto us all! Despair!

That was then. Welcome to Christmas present: the yield curve is actually steepening (a sign associated with accelerated economic growth) and Americans just spent $34.4 billion on Christmas presents ON ONE DAY (Saturday 12/21). That’s a new record. Our country’s 3.5% unemployment rate equates to functional full-employment. Holiday bonuses are also back in a big way. Yes, Santa Trump has once again made laughable grinches out of his shrill, predictable critics.

Of course, the Donald Claus didn’t really work any Christmas miracles. There’s no magic involved. He’s got a big staff but none of them are elves with supernatural skills. The truth is that things were never as dire as we were led to believe. Times are good, and a Republican administration dedicated to low taxes, minimal regulations, and good faith trade policies is bound to inspire confidence in U.S. investing and job-creating circles. Conditions are ripe for a solid Christmas 2020.

That’s the rub… for Democrats, at least, as well as the people who makes the news (because they’re loyal Democrats, too). And most of the pollsters who got it wrong in 2016 and whose colleagues just missed the U.K. Tory blowout by a mile.

They want Trump to fail desperately and very, very badly, and consequently they continue to see failure in everything and anything. They even thought impeachment and removal is truly what the people wanted. They were sure, certain even, that America hated him as much as they did. As the polls continue to turn against them over it, they’re suddenly backing down by refusing to produce the articles! All after months of telling us Trump needed to go ASAP for the sake of the Republic.

Bias is a bitch like that. It makes you see things that aren’t always there. It will get you in trouble every single time.

It’s been this way since the beginning. Remember when Nobel-winning New York Times columnist Paul Krugman predicted an inevitable global recession if Trump was president? How’d that pan out?

He is succeeding at his job. He’s not the disaster his detractors want and wanted him to be. At some point, notwithstanding an avalanche of anti-Trump propaganda, a critical mass of swing district/state voters began seeing it as well.

If there’s a lesson in all of this? It’s trust your gut and eyes in the new year, folks. Not what the people who want Trump defeated hope or wish you’d see.