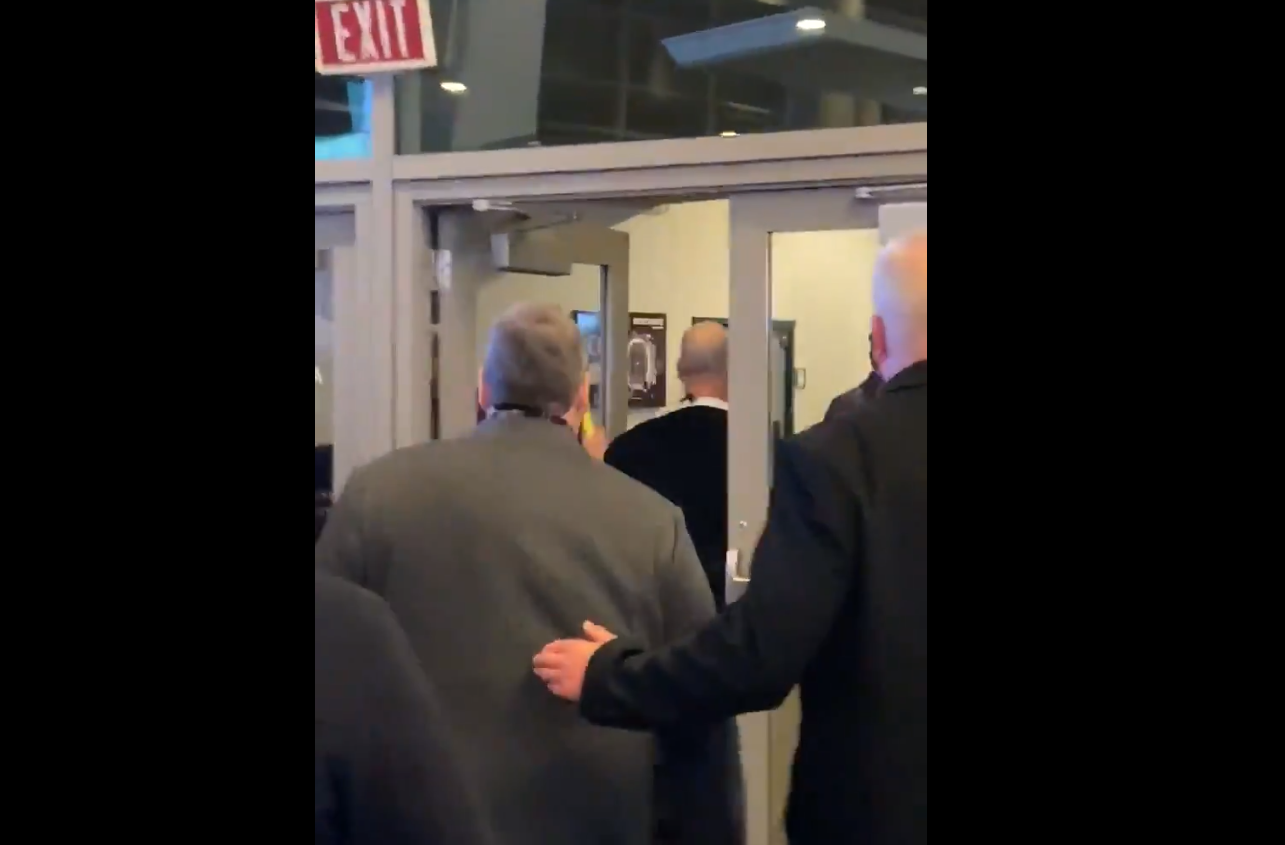 PHILADELPHIA, P.A. – The Philadelphia Eagles defeated the Dallas Cowboys on Sunday, putting themselves in the driver’s seat to win the NFC East (if they can beat the New York Giants next week, OR if the Cowboys next week, too).

Among those Dallas fans most afflicted by the Cowboys’ slide: Chris Christie.

The former New Jersey Governor is a huge fan. He’s friends with Jerry Jones and a regular fixture at significant Cowboys games over the years, both during and after his time in office. Given that this particular game was played in Philly, Christie took a ton of grief from celebratory Eagles fans who were characteristically eager to rub his nose in it:

The waddle out heckling is the most savage part. Poor guy. pic.twitter.com/VGoKFvzZ1i