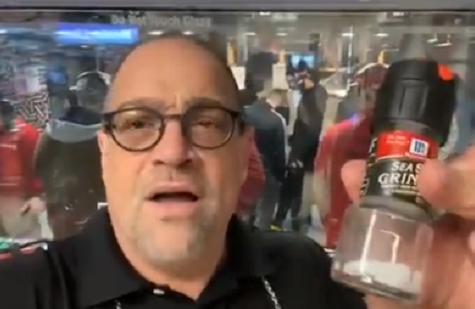 “As of 6:00 p.m., the New Jersey State Police have responded to 428 motor vehicle crashes and 312 motorist aids in State Police patrolled areas,” the NJSP tweeted.

Authorities urged motorists to stay off the roads:

As of 6:00 p.m., the New Jersey State Police have responded to 428 motor vehicle crashes and 312 motorist aids in State Police patrolled areas.

If you don’t have to go out, please stay home so road crews can treat the roads.https://t.co/yBz16bGrI2 pic.twitter.com/vpXIE7kGxA

Meanwhile, plenty of Garden State residents took issue with the state’s preparation and/or response to the snow event.

The Murphy Administration’s over-brining activities (and the associated cost) were widely panned during winter 2018-2019.

Wow. Talk about an over reaction! And our Guv’na is a carpetbagging from Massachusetts. You think he would have seen snow before. Oh that’s right, the little people shovel it’. My bad. We are open all day and we know it snows in winter. See you soon #antsrants #gunforhire pic.twitter.com/Fgj0XjndoH