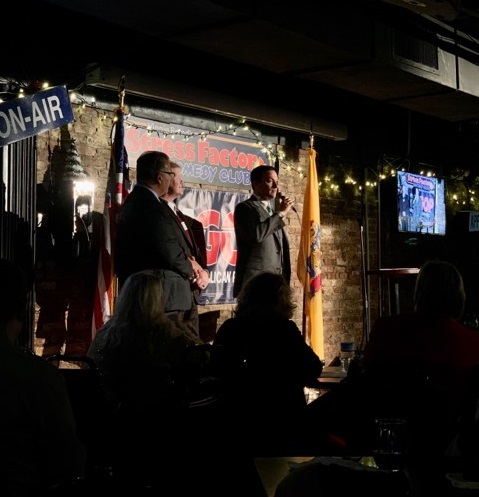 NEW BRUNSWICK, N.J. – The NJGOP was in a holly jolly spirit on Tuesday night for its Second Annual Toys for Tots Holiday Party at New Brunswick’s Stress Factory.

Testa addressed the crowd and thanked Steinhardt for his unwavering support. The newly-minted legislator also gave an honorable mention to his consultant, Chris Russell, who masterminded the LD1 campaign.

The NJGOP made a bit of a comeback in 2019 after years of relative irrelevance, helping battleground campaigns make tens of thousands of voter contacts and making a dent in the messaging battle.