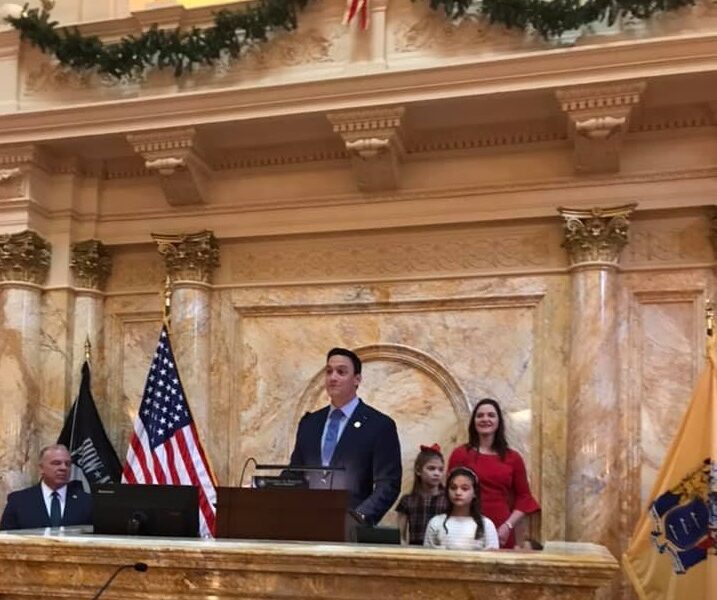 The Republican freshman, who defeated a Democrat incumbent last month by a comfortable margin, was sworn in by State Senate President Steve Sweeney on Thursday morning in the Senate Chamber. He will now serve out the remainder of now-Congressman Jeff Van Drew’s unexpired term.

Senator Testa’s swearing-in brings the NJGOP caucus back up to 15; it had hit a low point of 13 members in the 40 seat legislative body as recently as this year following the death of Tony Bucco (whose son Anthony subsequently took over his seat). Republicans haven’t controlled the State Senate since 2001.

“The residents of the 1st Legislative District sent a message when they elected a real conservative to represent them in Trenton,” said Testa. “I’ll fight for the property tax relief and school funding that our overlooked towns in South Jersey deserve, and against the extreme spending, tax, and sanctuary state policies that our hard-working families can’t afford.”

Testa, an attorney from Cumberland County, will now sit on both Senate Budget & Appropriations Committee and the Senate Labor Committee.