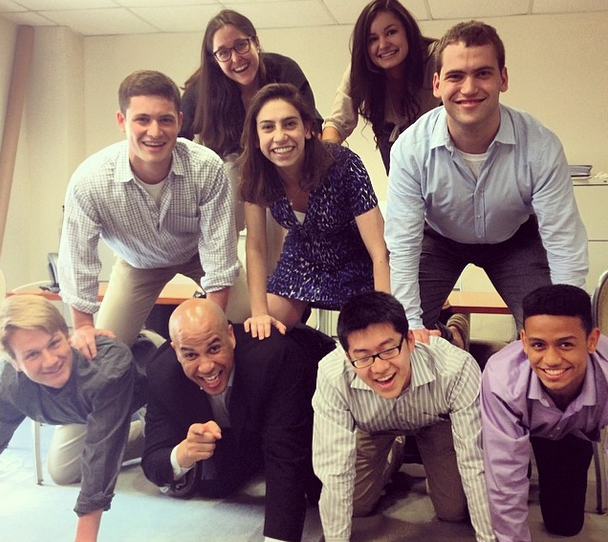 Cory Booker (aka Spartacus, Gropacus or now “Departacus”) had a hell of a time raising cash during his ill-fated presidential campaign.

“Our presidential campaign is over, but the work to make justice and opportunity real for everyone must continue,” Booker implored supporters in a Tuesday night e-mail blast. “That’s why I’m running for re-election to the U.S. Senate this November. If you want me to return to the Senate for another term, please consider becoming a founding donor of my campaign.”

Booker has a serious fundraising task ahead of him.

His presidential campaign had about $3.5 million on hand as of October 2019; it’s unclear what he has left now since he began airing ads before Christmas.