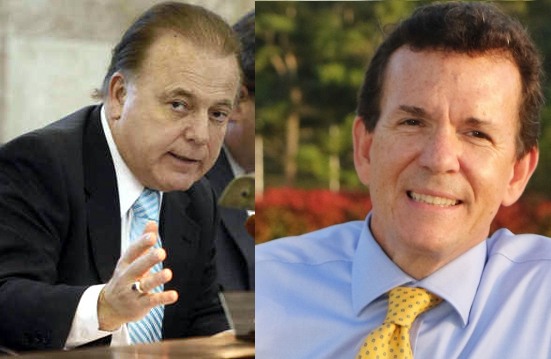 TRENTON, N.J. – 2020’s most controversial legislation (so far) appears poised for passage on Monday following a flurry of last minute amendments. If passed, it will eliminate the religious vaccine exemption for public school students; the amended S2173 exempts daycare institutions and private schools from the strengthened state mandate.

A first attempt at Senate passage was aborted late last year when Senate President Sweeney failed to come up with the necessary votes. The 21st vote needed for Senate passage will be supplied by a Republican: state Senator Declan O’Scanlon (R-13).

“Those amendments would restrict the bill to apply to public institutions,” O’Scanlon told followers in a heated Thursday afternoon Twitter thread. “Private saucer & schools would have the choice to admit unvaccinated. There are other aspects but that’s the big one. I realize this isn’t a perfect solution. But it’s a balance that I think is fair.”

O’Scanlon is in the minority inside his GOP caucus.

“S-2173 was amended in the legislature yesterday to allow for private schools to opt out of the vaccine mandate. Regardless how one feels about the issue of vaccinations, when it comes to children we should be in agreement that all laws must be equally applied,” state Senator Joe Pennacchio (R-26) said in a Friday statement. “Children should not be an exception – poor, urban, mostly minority children will be forced to abide by one set of rules that does not apply to children whose parents can afford to send them to private schools.

“The Supreme Court decided long ago that a child’s educational experience cannot be ‘separate but equal.’  Public policy that applies to one must apply to all. S-2173 was doomed to the ash heap of ill-conceived legislation.  However, to curry favor and an additional vote, the bill was amended to carve out a private school exemption.  This made a bad bill even worse and a more dubious one,” Pennacchio added. “Since when do we remove the parental rights of one group of our citizens at the expense of another, based on ability to pay?  S-2173’s legislative life should come to an immediate end.  Our children deserve better.”