There’s an extensive history of presidential visits to South Jersey 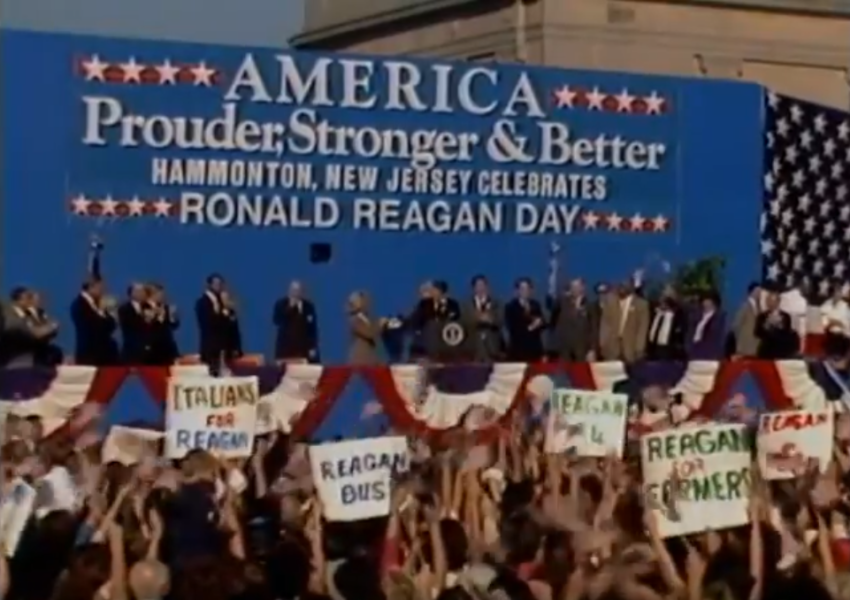 President Trump will be in Wildwood on January 28th, Save Jerseyans. We don’t see presidents as much as we used to in South Jersey owing, in part, to the fact that New Jersey is no longer considered an Electoral College battleground (it hasn’t voted Republican since 1988). Still, our geographic location and proximity to the Philadelphia television market mean we’re still in the hunt.

Trump is obviously no stranger to our state; he has multiple country clubs (the most famous being Bedminster in North Jersey where he frequently goes to escape D.C. in the summer months), and his misadventures in Atlantic City gaming remain the stuff of legend.

Presidential visits extend back to a time long before there were casinos or event a boardwalk. The legendary Congress Hall hotel in Cape May served as an early vacation hot spot for presidential visitors. Grant, Hoover, Coolidge, Teddy Roosevelt, and Taft were all guests. In 1889, Benjamin Harrison was a guest at the private home of Philadelphia department store icon John Wanamaker.

Atlantic County obviously boasts plenty of presidential attention. Former N.J. Governor Woodrow Wilson checked in at the famed Traymore Hotel (which was demolished decades later in 1972) and unsurprisingly frequently visited the Shore. Warren Harding (a contemporary of Nucky Johnson) and Dwight Eisenhower both hit the links at the Seaview Country Club in Galloway (Atlantic County).

Not all visits were for pleasure.

Harry Truman addressed garment workers at A.C.’s Convention Hall in May 1954. Kennedy gave a speech there, too, in May 1962, about a 1 1/2 years before his assassination. Jackie Kennedy returned by herself in August 1964 to address Democrat National Convention Delegates at the Deauville Hotel. Nixon visited in 1971 and his successor, Gerald Ford, in 1974. The man who beat Ford (Jimmy Carter) visited Atlantic City in September 1978.

He later visited Glassboro and Voorhees before leaving office.

Plenty of presidents (including Bill Clinton) visited South Jersey before or after office; he was in A.C. in 2001 to address the Asian American hotel association. Reagan is actually the last future, present or former president to visit Wildwood; he was at the old conventional hall in 1975 for a political fundraiser.

George H.W. Bush would  journey to Point Pleasant in 1988 for his own campaign rally with Kean Sr. Nearly two decades later, Bush’s son was in Marlton in 2004:

In nearby Gloucester County, the Glassboro Summit took place two decades before Reagan’s visit, between June 23rd and 25th in 1967; President Lyndon B. Johnson and Soviet Premier Alexei Kosygin met at the future Rowan University to discuss U.S.-U.S.S.R. relations. Nothing significant came from the summit but the “Spirit of Glassboro” was viewed as a hopeful albeit brief thaw in Cold War tensions just as the Vietnam War was raging.

Most recently? Barack Obama famously (or infamously, depending upon your perspective) locked arms with Chris Christie immediately following the 2012 Hurricane Sandy landfall along the Jersey Coast. He returned and dropped by the other side of South Jersey (Camden) in 2015: