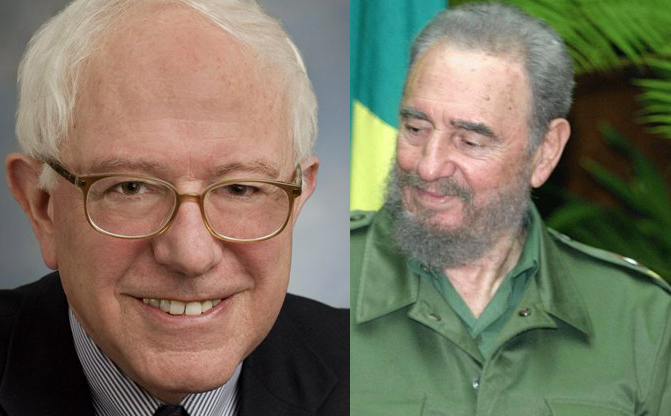 TRENTON, N.J. – Bernie Sanders’s Sunday evening 60 Minutes interview is certain to turn into a Trump attack ad assuming, of course, the Vermont communist makes it to the general election.

In case you missed it, Senator Sanders (who infamously celebrated Venezuela in the past) unflinchingly defended the Cuban Castro regime.

“We’re very opposed to the authoritarian nature of Cuba, but it’s unfair to say everything’s bad. When Castro came into office, you know what he did? He had a literacy program,” Sanders declared in his characteristic matter-of-fact tone.

Democrats are going to have a hard time with this one. Bob Menendez, Andy Kim (D, NJ-03), and Tom Malinowski (D, NJ-07) are normally outspoken on foreign policy.

Menendez is ordinarily a reliable critic of the Cuban government.

All three know Cubs is still harboring the murderer of a New Jersey State Trooper.

As of this writing? Not a single one of the aforementioned Garden State Democrats has said anything on the record about the LEADING Democrat presidential candidate’s open affinity for one of the most brutal, oppressive, economically-backward regimes in the history of the Western Hemisphere.

Menendez isn’t on the ballot this year. Kim and Malinowski are, and they’re doing it in NRCC-targeted battleground districts. Were I them? I’d come up with something to say about this sooner rather than later.