N.J. SENATE: Mehta says his D.C. property tax deduction was an oversight, has been corrected 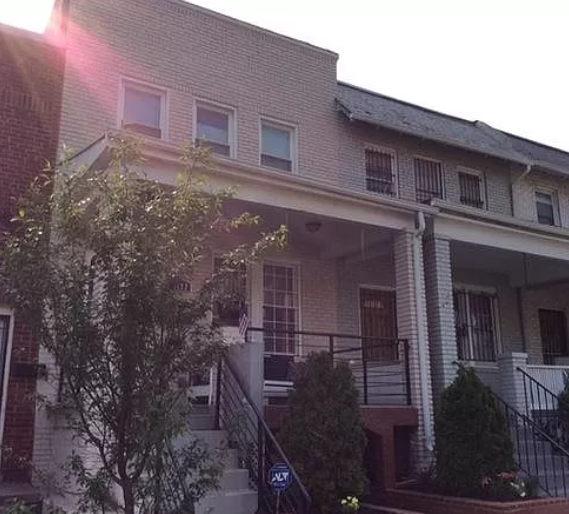 U.S. Senate candidate Rik Mehta tells Save Jersey that he submitted paperwork on Tuesday to cancel a homestead deduction he has claimed on a District of Columbia property for nearly a decade but was not qualified to receive for the past few years.

Save Jersey learned this week that Mehta, a former FDA official, had been claiming the deduction for his Columbia Heights neighborhood home which he and his wife purchased back in 2011; Mehta believes the deduction was already applied to the house when he bought it although the deduction is not supposed to be assigned automatically or survive a transfer in ownership. The homestead deduction can be controversial only because D.C. property taxpayers must maintain primary residential status in D.C. to avail themselves of it.

Then as now, tax records for D.C. homes are publicly available: 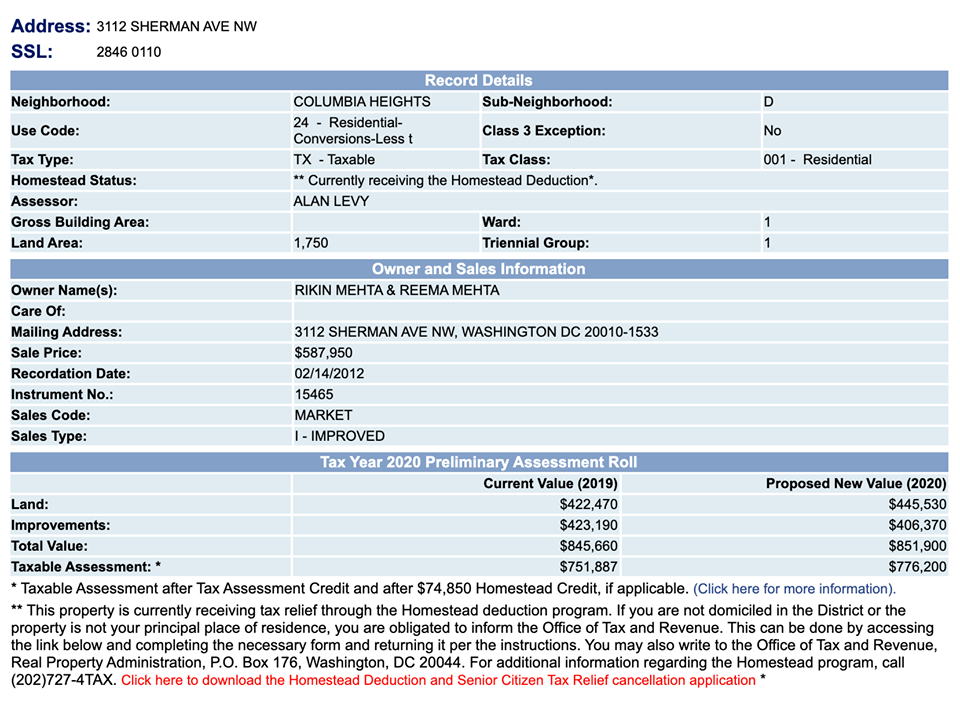 The Republican hopeful, his spouse, and their growing family (now consisting of three children) resided in the home between 2012 to 2016.

I touched base with the candidate on Monday evening to get some clarity.

“I’m sticking to the issues. I made a paperwork mistake. I owned it. I took care of it. Moving on,” Rick explained matter-of-factly.

According to the candidate, who readily offered his hard-to-dispute opinion that the tax climate in D.C. and New Jersey is needlessly complicated, he innocently neglected to file the form cancelling the deduction when he relocated back to New Jersey in early 2016. He estimates owing D.C. around $1,500 for the period spanning his return to New Jersey through the present; Mehta says he’s 100% willing to repay that amount if needed. He reports speaking to a third-party contractor tasked by D.C. with handling the deduction earlier on Tuesday.

One of his June opponents doesn’t think it’s dismissible as a simple paperwork oversight.

“Is Rik Mehta taking tax advice from tax cheat and DC swamper Congressman Andy Kim? Maybe Rik should take a break from the campaign trail and get his own houses in order and visit his accountant,” said Stuart Meissner, one of Mehta’s fellow primary contestants when reached for comment. “New Jersey Republicans need a candidate that can take fight to Cory Booker — to campaign proudly with President Trump, to fight against sanctuary cities, to stand-up for our great allies like Israel and finally put America First. I am ready to take that message to every corner of New Jersey.”

Mehta might expect to face increased scrutiny going forward. After winning the support of Hunterdon, Somerset, and Union counties over the last several days, Mehta (who is a licensed pharmacist as well as an attorney) is suddenly considered the front runner for the GOP’s U.S. Senate nomination to challenge Cory Booker in November. While New Jersey isn’t considered a major U.S. Senate battleground, Booker’s high profile means the race – and Spartacus’s GOP challenger – could garner out-sized attention heading into the summer and autumn months.